Vettel: I’ll feel every moment of intensity at Monza a final time 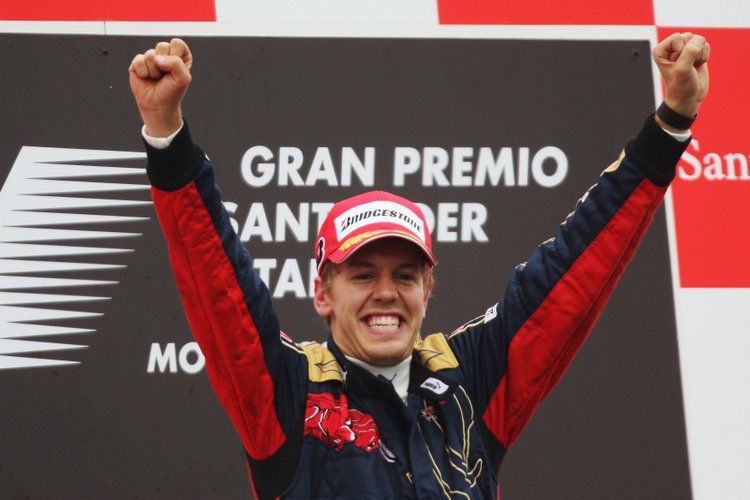 Monza is one of Sebastian Vettel’s favourite race tracks, unsurprisingly as he famously won the 2008 Italian Grand Prix, his first victory in Formula 1.

Now – 14 years later – he is braced for an emotional weekend returning to Monza for the final time as an F1 driver; sadly another victory is virtually impossible this time around for the 35-year-old German.

Back in 2008, baby-faced Vettel shocked the establishment with a masterful drive in tricky conditions that weekend at Monza, driving for Red Bull’s junior team. On the Saturday, he put the Ferrari-powered Toro Rosso on pole and in the race was untouchable.

The victory was not only his first but also a first for Dietrich Mateshitz’s energy drinks organisation and it also made Vettel the youngest F1 winner at the time – a record since claimed by Max Verstappen.

Thus Monza will always be special for Vettel, thereafter he won in 2011 and 2013 in Red Bull colours, now he returns for a farewell to the Tifosi, who once called him their own, but his Ferrari ‘marriage’ underdelivered on its promise too.

Ahead of the 73rd Italian Grand Prix, in the Aston Martin team preview, Vettel spoke of the prospect of his last visit, as an F1 pilot, to the Temple of Speed: “I will feel all the emotions when I arrive at Monza – the track where I took my very first F1 win – for one final time.

“I have always loved the unique feel of the circuit and the challenge it provides, as well as the energy from the fans. I will feel every moment of that intensity this time.”

The veteran of 292 Grand Prix starts is simply severely stumped at the wheel of an Aston Martin car he clearly does not enjoy driving, and it shows. 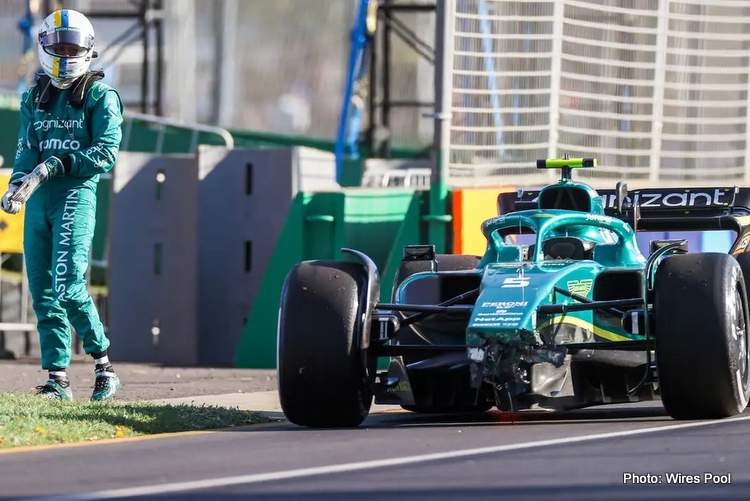 His retirement from F1 can not come soon enough as weekends such as he had at Zandvoort are hard to stomach for any fan, let alone those close to the four-time F1 World Champion.

Vettel previewed the Monza race in one sentence: “The influence and characteristics of this year’s ground effect cars should be interesting; I hope that we see more action at what is typically a tough track for overtaking.”

It is blatantly obvious that Aston Martin are again having a well below-par year, no doubt contributing to Seb’s decision to hang up his helmet at the season’s end; if he was winning and bagging podiums he would not be going but the car is only good for back of the midfield at the best of times. Tus more pain looms for their drivers at Monza.

Vettel’s teammate Lance Stroll, has also struggled in the sister car but did bring home a point from last Sunday’s Dutch Grand Prix. But it was a slog.

Nevertheless, Stroll heads to Italy inspired by past performances: “I have some fantastic Monza memories. I started on the front row in 2017 and took my first podium for Racing Point in 2020.”

Like his rivals on the grid, the Canadian is awestruck by the venue, a park on the plains of Lombardy, between Milan and Brianza: “It is breathtakingly fast, beautiful and challenging – I love it.

“We performed well at Spa and Baku, two similar low-downforce circuits, but, as we have seen, it is always tough to get among the point-scoring cars. So, if we can qualify well, then we should be in the mix for some points.”

Points have been scarce for Aston Martin, 25 is what they have after 15 rounds and lie ninth in the 2022 F1 constructors’ championship standings; Vettel scored 20 of those points.