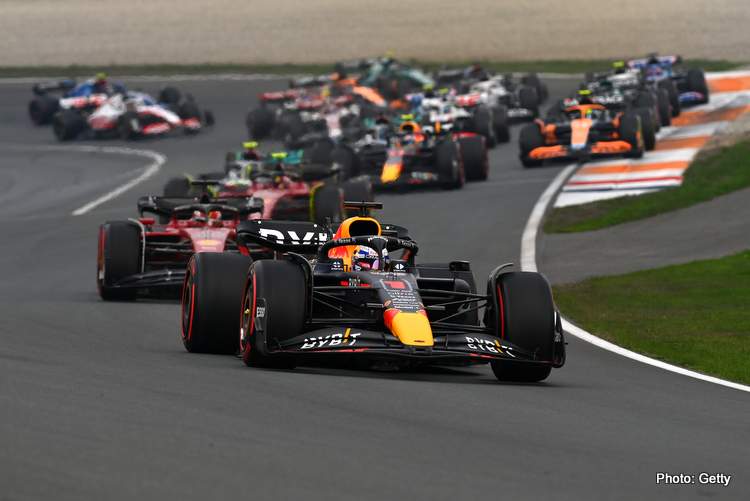 Mika Hakkinen believes the 2022 Dutch Grand Prix was not an easy one for Max Verstappen and Red Bull as it was a very tactical race.

The reigning Formula 1 Champion won the race at Zandvoort after surviving what promised to be an initial challenge from Mercedes as well a Virtual Safety Car, followed by a Safety Car towards the end of the race.

“This looked like an easy win for Max but in fact it was a very tactical race thanks to those two safety car periods,” Hakkinen said in his Unibet column.

“The decision to move him into soft tyres during the second safety car was a brave one because normally you would not want to give Mercedes track position, but Red Bull are so very confident in their strategy decisions, and they knew that Max has the speed and ability to regain the lead,” he explained.

The Finn conceded that both Championships are nearing their conclusion saying: “I can see that Max and Red Bull are now closing on the world championship titles.

“Max has a lead of 109 points! They are very fast, very consistent, the kind of confidence that world champions have during a great season.

“I expect both Mercedes and Ferrari will be quick in Italy next weekend, but we now go to every race expecting Max to be the man to beat,” he admitted.

“Ferrari’s race today was again disappointing,” Hakkinen said of another below par Ferrari showing. “They qualified well but they clearly didn’t have the speed in the race and the very poor pit stop of Carlos Sainz was embarrassing.

“I know Mattia Binotto has admitted on TV that it was ‘a mess’, but this is not the first operational problem for the team and Mattia knows they need to improve in so many areas if they are really to challenge for the World Championship in 2023 or 2024,” the double F1 Champion urged.

Mercedes had no choice

Mercedes were also in the spotlight after the Dutch race after Lewis Hamilton’s rant at his team for their strategy decisions after the Safety Car at the end of the race.

Hakkinen defended Mercedes saying: “There was a lot of talk about Mercedes’ decision to put George onto soft tyres and leave Lewis on mediums, but really, they had no choice.

“If they had left both cars out, Max would have passed them both and Charles might have taken second for Ferrari. Bringing both of them in would have handed track position back to Max anyway, so splitting the strategy was the only way to explore all the options.

“Good to see them so much more competitive and good to see positive comments from both George and Lewis after the race,” the former McLaren driver said.