Horner: We need clarity on situation of driver points with Herta 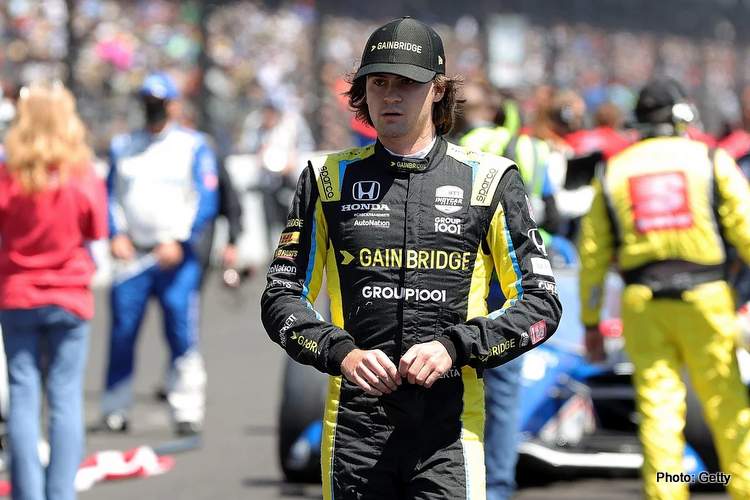 Colton Herta, U.S. IndyCar racer, has emerged as a key to Formula 1‘s driver market, with Red Bull boss Christian Horner said the team is waiting to see whether he can obtain a super-licence to race for its AlphaTauri sister team.

The 22-year-old lacks the necessary points and would need a special dispensation from the governing FIA, with some teams unhappy about that.

The American is in the frame to replace Frenchman Pierre Gasly, now considered the front-runner to replace double World Champion Fernando Alonso at Renault-owned Alpine when the Spaniard moves to Aston Martin.

“We just need clarity on what is the situation regarding driver points which hopefully will come sooner rather than later,” Red Bull team boss Christian Horner told reporters at the Dutch Grand Prix. “That plays a key role obviously in the driver merry-go-round.”

Horner: Herta is an exciting talent

Horner said Red Bull would not release Gasly from his 2023 contract “if we don’t have something exciting to put in that (AlphaTauri) car” but also described Herta as an “exciting talent”.

“He’s a young American, a guy that’s been a standout talent in the U.S. so it’ll be very interesting to see how he performs in Formula 1,” he added.

“Formula 1 obviously has got growing popularity in the U.S. market at the moment and to have a successful U.S. driver could be very interesting, could be interesting for us in the longer term.”

Andretti Autosport driver Herta tested a 2021 Formula 1 car with McLaren in Portugal last July and told reporters then that he felt fast enough to make the switch.

AlphaTauri is a feeder team to Red Bull Racing, whose world champion Max Verstappen started out there when the team raced as Toro Rosso.

Seven-time race winner Herta is already the youngest IndyCar driver to triumph in a series that features cars without power steering and capable of doing more than 370kph.

The U.S. is a growing market for F1

The United States is a growing market for Formula 1, whose commercial rights are owned by U.S.-based Liberty Media, and will have three races next year including a new night-time grand prix in Las Vegas. Formula 1 last had a U.S. driver in 2015, with Alexander Rossi.

Drivers need 40 points to qualify for a super-licence but Herta currently has only 32 and cannot make up enough points this season.

“If we don’t respect our own rules and try to find ways around it I don’t think that’s correct,” Haas team boss Guenther Steiner said at the weekend, while adding he was supportive of changing the points allocation in future.

“There are quite a few (IndyCar) drivers who have got a super-licence. I think Alexander Rossi and Josef Newgarden, they have got super licences you know, and they did that within the rules,” he pointed out.

Mercedes boss Toto Wolff agreed: “It would be great to have an American in F1 and it obviously would give us a good boost … but I think the points system is there for a reason,” he told reporters.

“The regulations are the regulations, and I would really hope the Americans can somehow score enough points to make it in F1,” Wolff insisted. (Reporting by Alan Baldwin)