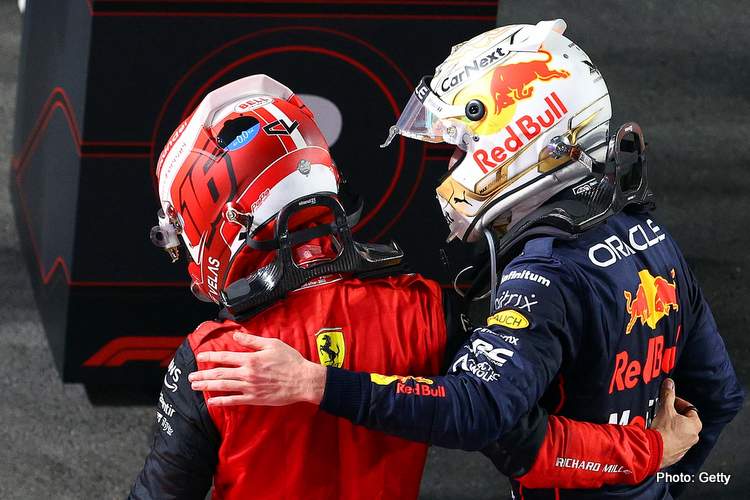 Mika Hakkinen believes it’s difficult for Charles Leclerc to challenge Max Verstappen at the moment, after the latter’s dominant display at the 2022 Belgian Grand Prix.

The 1998 and 1999 Formula 1 World Champion was reflecting on last weekend’s race in Belgium in his Unibet column, were Max Verstappen won from 14th on the grid, over 17 second clear from his teammate Sergio Perez in second, while Charles Leclerc finished fifth, and was demoted to sixth after a penalty for speeding in the pitlane.

It was utter dominance from the 2021 Champion, who was untouchable all weekend long, and by a huge margin as he now enjoys a 93-point margin in the Drivers’ Championship over second-placed Perez who relegated Leclerc to third.

“This was a fantastic performance from Verstappen all weekend,” Hakkinen began. “He had great pace in practice, but in qualifying was on another level compared to everyone else.

“To be more than half a second quicker than the next guy, and 0.8s quicker than team-mate Sergio Perez, showed incredible dominance,” he added.

“Even though he started 14th, everyone expected him to come through the field, and he did it so quickly – into the top three on lap eight and leading on lap 12,” the former F1 driver pointed out.

“Spa does make it a little easier for a quick car to overtake, particularly on the long straight to the les Combes chicane, but you still have to position the car in the right way, and Verstappen was in perfect control.

“At the moment it is very difficult to see Leclerc challenging Verstappen for the title,” Hakkinen said of Leclerc’s prospects. “There are only eight races left and Verstappen has a 93 point lead.

“The Red Bull car seems to be getting even quicker. On top of that, Ferrari just don’t seem to have the consistency and confidence.

“Although I expect Leclerc to be able to win again, I don’t think he will be able to keep Verstappen from adding to his lead,” the the 53-year-old Finn maintained.