Norris: I want to fight for more but the gap is still massive 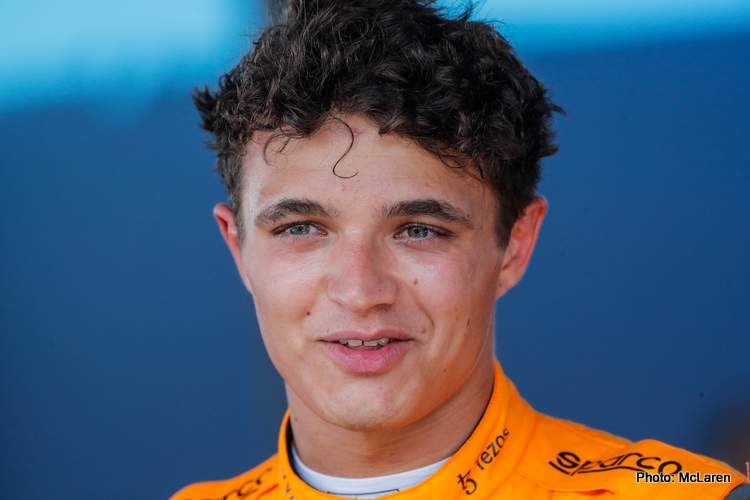 We can blame Lando Norris for the explosive Silly Season that struck Formula 1 as the summer break got underway. Why? Because he started the rot at McLaren.

If 22-year-old Norris had not trounced 33-year-old Ricciardo – as he has this season with the score at 76 points to Lando and only 19 to Dan after 13 rounds – Zak Brown would not have been shoppiung up alternatives for the veteran Australian’s services, by seeking Oscar Piastri to partner Lando.

Hence, Norris could be blamed for triggering a crazy round of Silly Season musical chairs by simply adhering to Racing Driver Rule #1: beating his veteran teammate.

Reviewing his 2022 season in an interview with the official F1 website, Norris summed up: “For myself and my driving and so on, I’m happy.

“Some good highlights, I don’t know how I got a podium in Imola, it just blows my mind. With the car that we have that’s quite some achievement so still makes me smile now, but then there are still a lot of positives.”

In 73 Grand Prix starts, Norris has emerged as a team player, never complaining about the car but rather self-deprecating himself with his unique brand of wit that belies a killer instinct.

Classic was when Norris was asked over the radio what was missing, he replied: “Talent!” 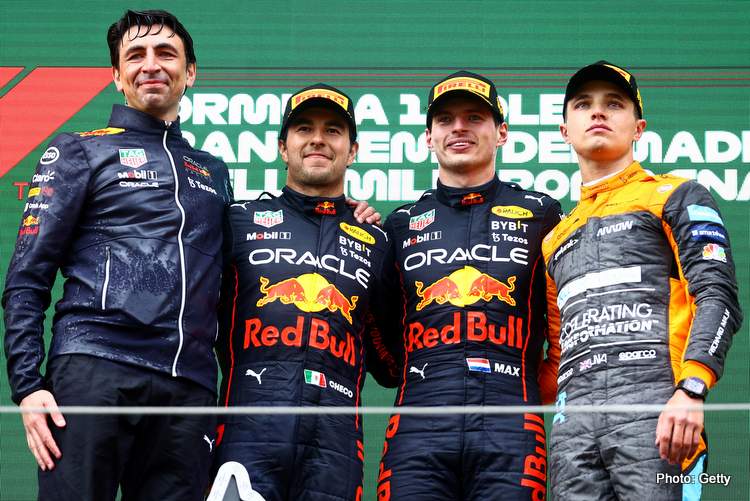 That’s just how he is, but we see the talent, the commitment and raw speed every time he gets in the car, he gives everything he has, even overdriving when the car is below-par, and make you no mistake that McLaren is not an easy beast to tame as Ricciardo will testify, staring at a gap of sometimes up to a second down on the sister car.

Worth remembering that eight-time F1 winner Daniel is no slouch, motivation is not lacking as he seeks to salvage his career, the talent was there but the popular Aussie has no answers as he gets comprehensively beaten most race weekends by the younger bloke.

While McLaren are no longer at the back-of-the-grid, at Fernando Alonso “Formula 2” levels of performance of a few years ago, but still they are not going to win anything on merit or pace.

They are nowhere near Ferrari, Red Bull or Mercedes level of performance required to be in contention this year, as the 200 or so points deficit to the leading trio testify; instead, the once mightiest team of all are struggling to beat Alpine, albeit best of the customer teams.

While Saturday he is capable of pulling something magical out of the bag, turning it into winning race pace with the package he has is impossible: “It’s just now we have a lot of work to do. The gap to the guys ahead is still massive.

“I guess yes, it’s close on Saturday, but everyone is closer on Saturday, even last place is a lot closer. It’s just the spread on Sunday is bigger than what it has been in past, and we’ve got to work on that.” 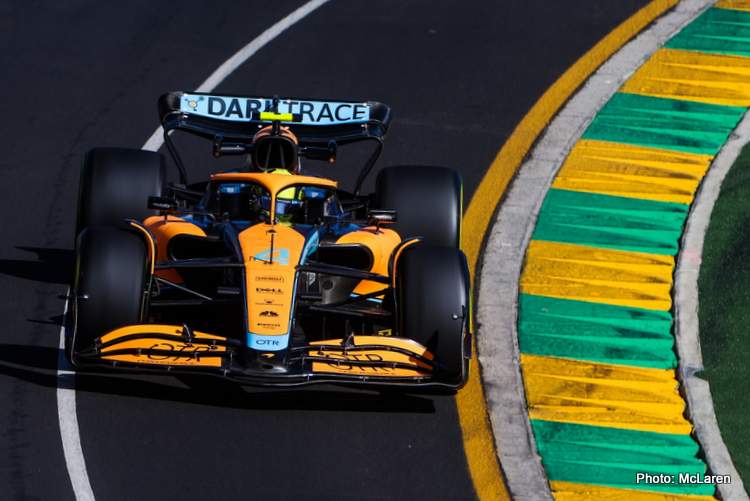 While the 2022 F1 new rules meant a blank sheet of paper to level the playing field – although the racing has improved a hundredfold, this generation of F1 car is racy – the pecking order remains the same, the four PU manufacturers at the top of the pyramid, and the customers (McLaren included) struggling to find the half second or more they lag behind the pace setters.

Norris explained: “The main thing is that of course we just didn’t come into the season as strong as we needed to. How we’ve done since then, since the first race, I think has been very good and strong.

“Considering we are still fighting for fourth in the constructors against a team which has been a lot more competitive since day one shows how good of a job we’ve done in many other areas.

“Our consistency, reliability in many ways, pit stops, strategy, a lot of things have been very strong. Just we didn’t start as well as what we wanted but I think we’ve made some good progress since then, so as long as we continue to do that after the break then I’ll be happy.

“But it’s just been tough you know – you always want to fight for more and fight for higher positions and the gap we have to the top three teams is still a big one, so we just need to focus on closing that down,” concluded Norris, who lies seventh in the 2022 F1 drivers’ standings after 13 Rounds.