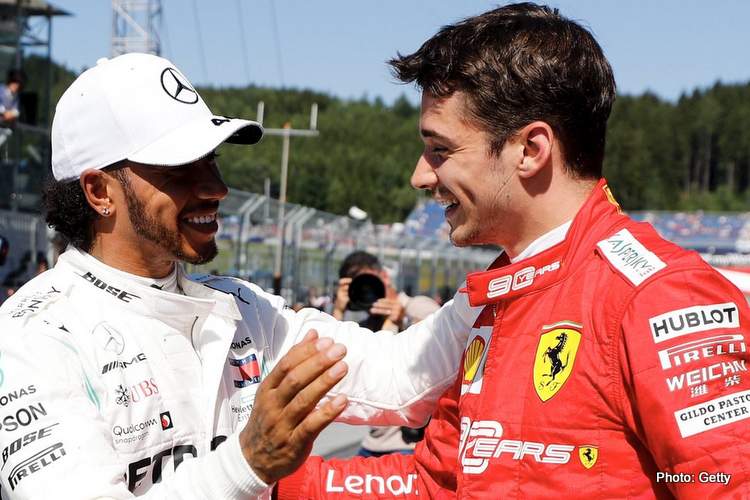 Alfa Romeo team principal Fred Vasseur revealed that of the drivers he has worked with Lewis Hamilton and Charles Leclerc were obvious standout talents with telling similarities, despite the pair hitting the Formula 1 the scene over a decade apart.

While Hamilton is a great of F1’s Old Guard, Charles Leclerc is among the best of the Young Guns set to battle for the crown when the most successful driver in the sport does call it quits.

Well placed to compare the pair, Vasseur worked with both drivers when they were in the junior phase of their careers, each climbing the ladder to F1 albeit 11 years apart, Lewis making his debut in 2007 and Charles getting his break in 2018, a decade after Lewis won his first F1 World Champion title.

Asked by Speedweek to describe what made Leclerc standout during the period they worked together to prep the Monegasque for Ferrari, Vasseur replied: “You mean apart from his outstanding talent?

“I’ve only seen a driver who is so merciless in his judgment when he thinks one of his performances was insufficient – and that was Lewis Hamilton.”

Vasseur – tapping into the period just before McLaren opted to promote Hamilton to F1, the 2006 GP2 series he contested and won for the Frenchman’s ART Grand Prix team – recalled: “Hamilton and Leclerc were the only two drivers I’ve seen in my career who would self criticise even after a win.

“All other drivers would have patted themselves on the back, but they knew when they should have driven better. And they worked on it relentlessly.”

Most recently Leclerc exposed his temperament with his manic-like screams when he binned it during the French Grand Prix, a race that had his name on it until it didn’t. The rage was that of a ‘horror film soundtrack’ and of course the self-flagellation relentless. 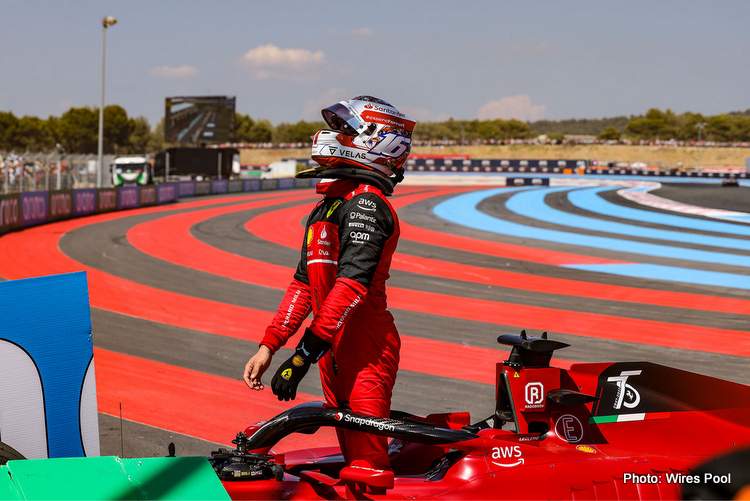 Questioned about the tendency he has to heap the blame upon himself, Leclerc said in an interview with BBC which we reported: “Yes, it’s true, I’m extremely cruel to myself and, even if we win and lose together as a team, my own mistakes are the hardest for me to accept.”

Meanwhile, into the summer break, Leclerc trails Red Bull’s Max Verstappen by 80 points ahead of Round 14 at Spa-Francorchamps later this month. Ferrari’s title challenge has slipped up too often at crucial times. Mistakes and inexplicable decisions from the pit wall only add to pressure on drivers – Carlos Sainz and Charles – in a sport where pressure equals mistakes.

With nowhere to hide for excuses, Mattia Binotto’s team has been exposed of late and, while Leclerc puts up his hand to take the rap for mistakes, his boss would be well informed to follow suit and acknowledge when the team drops the ball.

And, more importantly, how they will stop the ball-dropping if this title is to be a real fight. Until then, no amount of Leclerc’s “mea culpa” will solve the issue of the team’s incompetence in time of battle.

F1 fires up in anger again at the end of the summer break, with the 67th running of the Belgian Grand Prix, the 55th at Spa, on the weekend of 26-28 August; the first of a triple-header weekend that includes Zandvoort and Monza to kick start the second half of the season.