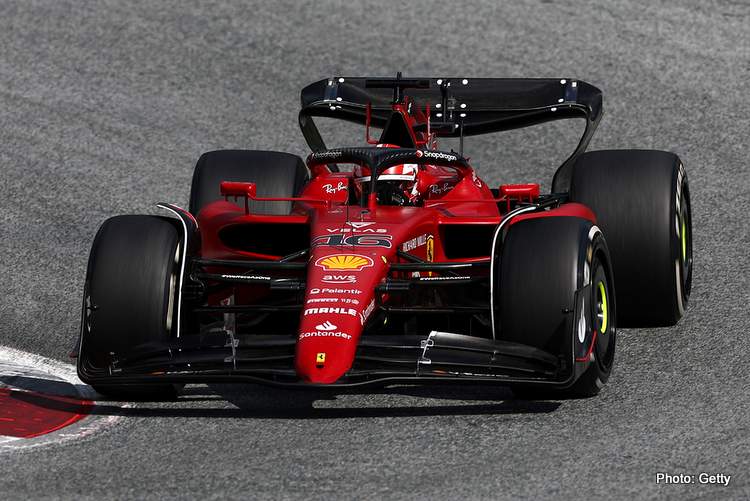 Felipe Massa claimed Ferrari’s chances to fight for the 2022 Formula 1 Drivers’ Championship is basically finished in light of their error-marred campaign and Max Verstappen’s impressive form.

Ferrari, with Charles Leclerc in particular, showed great early promise in 2022, with an impressive F1-75, arguably the best car on the grid, and started the season perfectly with a pole and a win for the Monegasque in Bahrain.

Fast forward, 13 races later, Red Bull have regained the initiative with Max Verstappen, as the Dutchman went on vacation after winning the 2022 Hungarian Grand Prix, leading the Drivers’ Championship by 80 points, Red Bull leading Ferrari by 97.

Ferrari and Leclerc having no one to blame but themselves for the tough situation they are in with more than the half the season done and dusted, as a series of reliability problems, strategy errors, as well as some driver ones have seriously hampered their mots promising campaign in years.

Speaking to Sky Sports F1’s Any Driven Monday, about his former team’s season so far, Felipe Massa began on a positive note saying: “It is nice to see Ferrari back in the fight, this is clear for everybody.

“For F1, it is very interesting to see Ferrari back winning races and fighting for the championship – especially at the beginning of the season,” he added.

However the positivity soon ended as Massa continued: “But unfortunately, so many bad decisions and reliability issues happened this year that took away Ferrari from the fight for the championship.

“Ferrari has lost many races, many victories because of that. Strategy errors cost many points and it is a shame because to see Ferrari fighting at least until the end of the championship – this for sure is finished.

“The championship, and the drivers’ championship, is basically finished. Max is doing an amazing job and he deserves to win his second title,” the Brazilian claimed.

Massa, who drove 139 grands prix in Red, gave his former team a grave warning that they are also at risk of losing the runner-up position as Mercedes slowly emerge from their early season slump.

“Ferrari is not fighting for the drivers’ championship anymore and they also risk losing second to Mercedes in the constructors’ championship,” he said.

“So you can understand the pressure Ferrari has day by day, race by race and this is never a good pressure for the Italian team.

“Things can even change and if the wrong things change, decisions that do not help the team to carry on being competitive and to grow, this is not a very good thing.

“I really hope they get back to the victories soon because otherwise things will not really be great for the team until the end of the season,” the winner of 11 F1 races hoped in conclusion.

Missing racing already? Us too, #Tifosi