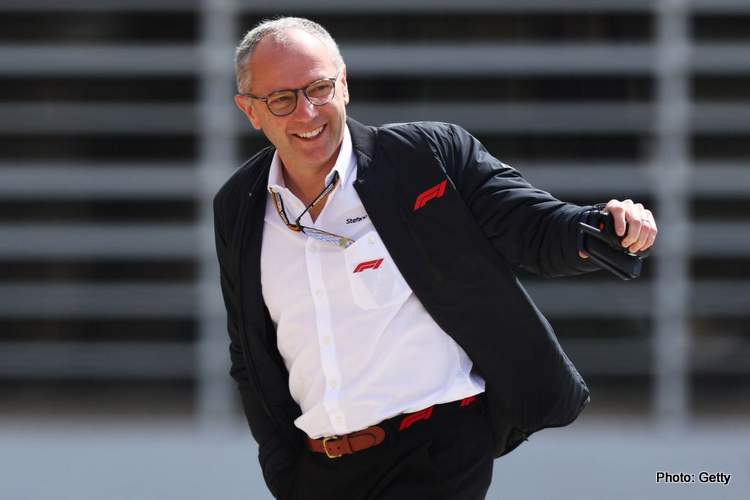 Formula 1 CEO Stefano Domenicali claimed Volkswagen entering the sport through Audi and Porsche will give it credibility in terms of its relevance to the future of mobility.

The subject of Audi and Porsche entering F1 has been a long-discussed matter, with the latest report claiming Porsche will be entering the sport via a joint venture with Red Bull by which they take over a 50% stake in the team, while Audi is reportedly in talks with Sauber regarding a collaboration through Alfa Romeo.

Both companies, part of the Volkswagen group, are also awaiting the finalization of the 2026 new power unit regulations before putting pen to paper on their well advanced agreements.

Speaking to investors in a conference call, F1 CEO Stefano Domenicali highlighted the added value of having Audi and Porsche in F1.

“In terms of what is the benefit [of Audi and Porsche joining], the benefit is, for sure, credibility – showing that our strategy for the future will help the manufacturer to have another route that will allow them not only to be only fully electric in their offer to the mobility side,” he said.

“Hybrid energy with sustainable fuel will be able to be much more effective, in our opinion, all around the world if we want to achieve the goal of carbon neutrality,” he added.

Having more manufacturers will ease adding more teams in the future

“I think that would be terrific news. Let’s see how the situation will evolve. But no matter what will be the decision that the OEMs will hopefully provide to the market very soon, we strongly believe that our technology platform for the future is the right one,” he insisted.

Liberty Media CEO Greg Maffei, added: “It’s a great validation having these OEMs reportedly wanting to enter. The ones discussed are both enormous engines of innovation and enormous engines of promotion, and all of those are only seen to be good for our sport.”

Domenicali also touched on the sport’s racing plans for the 2023 season, hinting that the F1 calendar will included 24 races in the upcoming season, the maximum number allowed within the regulations.

“We would like to keep the right flow in terms of efficiency around the world,” he told the investors, and claimed that “demand is very, very high” in terms of potential promoters.

“We cannot say anything more than what we are saying because we are of course finalising all the details,” he claimed. “For sure we expect to have a couple of races more than this year, but less than 25, that’s for sure.”

F1 will race in Las Vegas next year, the sport reportedly investing $240-Million on the venture, something Domenicali went on to justify for the investors,

“Our goal was to have a facility which is not only magnificent for the race but has the opportunity to have ongoing activations and events at that facility when even when the race is not underway,” he pointed out.

“You should be thinking we can well manage this within the capital we have,” he advised. “It’s not going to drain us in any way and it’s not going to forestall us from doing other actions.”

“It’s important that we are working very hard in driving the engagement and getting the new city excited about Formula 1. We’re going to come back with all the plans that we have in order to make sure that we want to bring F1 to life with emotion, passion.

“It is really important to increase the level of engagement that we expect from Vegas,” the Italian insisted.