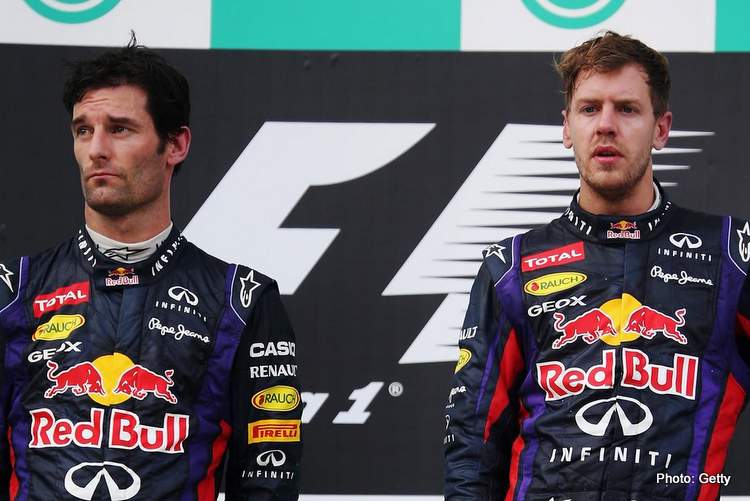 Mark Webber said his former teammate Sebastian Vettel, set to retire at the end of the 2022 season was a masterclass in his Championship years when they drove together at Red Bull.

Webber shared the Red Bull garage with Vettel between 2009 and 2013, after which the Aussie called it time on his career in Formula 1.

He probably is the best person to talk about the German, having been teammates with him for 94 races, where things turned bitter at some point between the two.

However, the former driver was full of praise of his former teammate, and told F1’s Official Website: “Look: an incredible career, untouchable in the [championship] years.

“Certainly, he loved when Pirelli turned up and he was an absolute masterclass I think for a lot of us, in those years, through the blown diffuser days.

“And there was a lot of regulations that he certainly worked incredibly hard to understand and did a great job,” he added.

“And obviously he racked up a phenomenal amount of success in a short period of time, which is something that all of us colleagues have respect for.

“But I think he’s made the right call,” Webber continued. “Obviously, it’s totally down to the individual at that point, there’s no one else who can make that decision for you, but I don’t think it’s a surprise. I think it was pretty obvious it was coming and fair play, off he goes.”

As mentioned, Webber had a tumultuous relationship with Vettel when they were at Red Bull, fighting for wins, and it reached a low at the 2013 Malaysian Grand Prix, when the latter ignored team orders to hold station behind his teammate, and overtook to go on and win the race in what was later known as the “Multi21” saga.

Asked how things are now between the two, Webber said: “I mean, God, we’re fine now. It was obviously pretty tense when you’re fighting for championships at the front together. We had a few years where I was [in contention]; a couple of years where I wasn’t.

“It always gets a bit strained – it’s easier to be team mates when you’re fighting for points but obviously, championships and wins is a bit more challenging, which is obviously well-advertised in lots of different scenarios throughout the sport. We weren’t alone in that sense,” he explained.

“Now, obviously he’s changed his whole position, hasn’t he? As his career’s gone on, especially in the last year or so, his whole position has changed in terms of what he’s motivated by and looking forward to in the next phase of his life, and fair play,” the nine-time F1 race winner concluded.