Marko: Ferrari did pretty much everything wrong 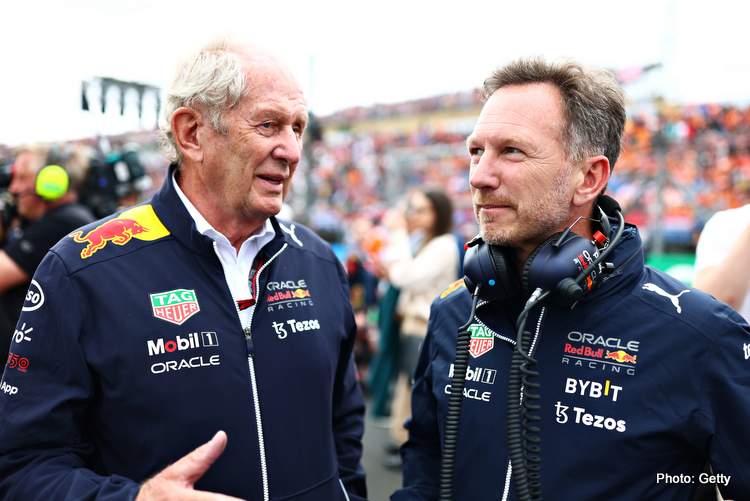 Helmut Marko believes Ferrari doing pretty much everything wrong is the reason why they are lagging behind Red Bull in both Formula 1 Championships this season.

Max Verstappen entered the F1 summer break leading Charles Leclerc by 80 points in the Drivers’ Championship after his triumph at the 2022 Hungarian Grand Prix last weekend, as Ferrari now lags 97 points behind Red Bull in the Constructors’ Standings.

Asked by OE24 about the reasons behind Ferrari’s faltering campaign, and how they managed to fall behind, Marki said: “By doing pretty much everything wrong.

“In Budapest, for example, for the first time they didn’t give the tyres the right temperature window, and also chose the wrong pit strategy.

“I don’t understand why they didn’t take used Mediums, they would have been better,” he added.

The Red Bull consultant admitted his team are enjoying this season, much more than the last, he said: “It has rarely been so much fun.

Ferrari beaten below their value

“Almost every weekend is a pleasure, quite different from last season where everything cost a lot of nerves,” he reflected.

“It’s just a bit of a shame that Ferrari makes so many mistakes. They are beaten below their value, we really feel sorry for them.

“But once again: They will be back, they have such a strong car,” the 79-year-old warned.

Despite Verstappen and Red Bull’s lead in both Championships, Marko will not allow any relaxation within the energy drinks camp.

Asked if they can now take it easy, he responded: “Don’t say that: we still have nine races, that’s 225 points for nine possible wins plus sprint and fastest laps. No, no, we really can’t lean back yet.”

Ferrari have started the season strong as their impressive F1-75 seemed to work at every circuit with an edge in qualifying over Red Bull’s RB18, especially when piloted by Leclerc.

But a string of reliability problems, strategy blunders, and a couple of driver errors from the Monegasque means the the Reds will have a mountain to climb when F1 return to action in Spa after the summer break.