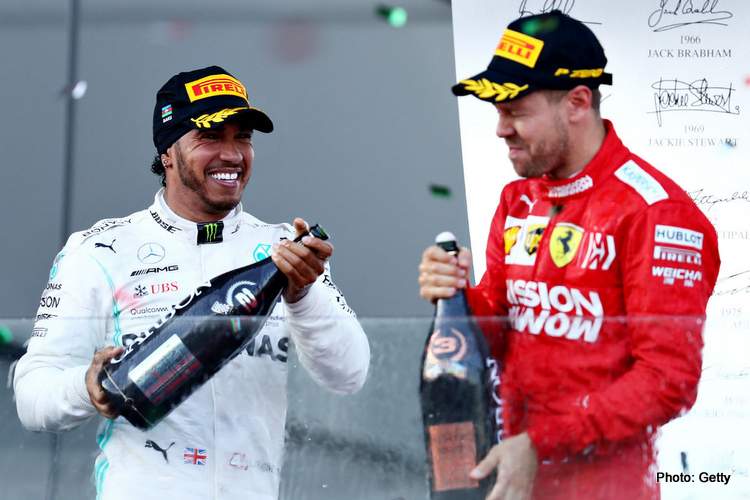 Mika Hakkinen said in the aftermath of Sebastian Vettel’s retirement announcement in Hungary, that the German was the only driver to really challenge Lewis Hamilton back in 2017 and 2018, when driving for Ferrari despite failing to win the Formula 1 Championship.

Hakkinen gave his feelings on the quadruple World Champion’s decision to retire, which he announced ahead of the 2022 Hungarian Grand Prix, in his Unibet column.

“This was a weekend when we saw Sebastian Vettel announce that he will retire from Formula 1 racing at the end of the season, followed by the news that his replacement will be Fernando Alonso – that’s a big move for both of them,” Hakkinen said of F1’s weekend in Budapest.

“Sebastian has been a great World Champion, a fantastic ambassador for the sport and is very popular with the fans To win four World Championship titles at Red Bull was a really great achievement, and he came very close at Ferrari too.

“It’s easy to forget that he was the only one to really challenge Lewis’s dominance in 2017 and 2018,” the Flying Finn reflected.

“Choosing the right moment to retire is never easy, but when you have won World Championships you definitely know the moment when giving 100% is not going to be possible any more,” he claimed.

You need total commitment to win in F1

“In Formula 1 you need to have that total commitment to win, to do the work inside the team and accept the constant travel, together with the impact on family.

“Sebastian has clearly felt that moment is now, and I wish him every success for the future,” the former McLaren driver added.

Aston Martin announced on the Monday after the race in Hungary that Fernando Alonso would be replacing Vettel at the team, which was somehow a shocking announcement.

“The news that Fernando Alonso is to replace Sebastian at Aston Martin will surprise many people,” Hakkinen said. “But he remains very passionate about racing in Formula 1 and has shown some really strong performances at Alpine.

“He really helped Esteban Ocon secure that famous win in Hungary last year. As a two times World Champion he brings a lot of experience as well as a big profile, qualities with the management at Aston Martin value highly.