Massa: Leclerc needs to be patient 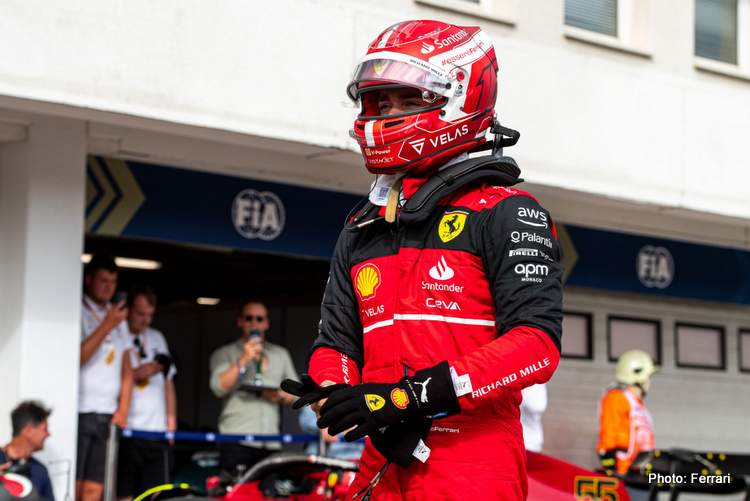 Former Ferrari driver Felipe Massa advised Charles Leclerc to remain patient with the team despite the mistakes, as revealing internal struggles will not help anyone.

Charles Leclerc has been on the receiving end of several errors and reliability problems that have so far derailed his Formula 1 campaign, the last being a strategy blunder that cost him a potential win at the 2022 Hungarian Grand Prix.

Speaking on Sky F1‘s ‘Any Driven Monday’ podcast, Massa warned Leclerc – who made his frustrations with his team’s decisions after the race in Hungary clear – from allowing the internal team confrontations to become public, especially that the Monegasque has had his share of mistakes, at Paul Ricard and Imola.

“Well, definitely, he’s not happy at all,” Massa said. “But you need to be patient because if you start a fight now, it will not help the team.

“Charles, we cannot forget, in the last race, he made a mistake that just gave away a very good possibility to win the race and score the right amount of points,” he pointed out.

“So you need to be patient. So, even if you’re not happy with the decisions, the mistakes that are happening, you need to fight in the right way, professionally.

“Not showing it outside because, if you start to show outside, it is not helping both sides, even if Ferrari made more mistakes this year. A fight outside will not help them,” the Brazilian insisted.

Massa drove 139 grands prix for Ferrari between 2006 and 2013 spoke of his acquaintance with Mattia Binotto from his days in Red, and claims he is ultimately the person responsible for the team’s results.

“I know him very well. We worked together for a very long time, he was an engineer of the engines,” Massa said. “Then he became the boss on the engine side. When he became the technical director and then team principal, I was not there anymore.

“So he’s a very good engineer, he’s a very professional guy,” the 41-year-old went on. “He understands a lot about it on the technical side. He’s also a good guy, to be honest. I like him as a person as well.

“But, in the end, you understand that the result is not coming the way it should. So we cannot definitely blame him, but we need to say that he’s part of it.

“There definitely needs to be a little bit more calm for decisions, understand what is not happening because the many mistakes that happened at the beginning of the season, in terms of strategy, are still happening.

“He needs to turn and change things in a quick way otherwise he can pay for it, you know?” Massa warned.

Good to see Ferrari back in the fight

However, the driver who achieved all his 11 F1 race wins with Ferrari, is happy to see them fighting at the front, despite their repeated mistakes.

“But unfortunately, so many bad decisions or reliability issues happen this year that just took Ferrari away from the fight for the championship.

“Just Ferrari lost many races, many victories, because of that. It’s a shame because just to see Ferrari fight for the championship at least into the end of the championship and this, for sure, is finished,” Massa concluded.

Not the Sunday you deserved #Tifosi.