Alpine vs Piastri, Schumacher and Briatore… 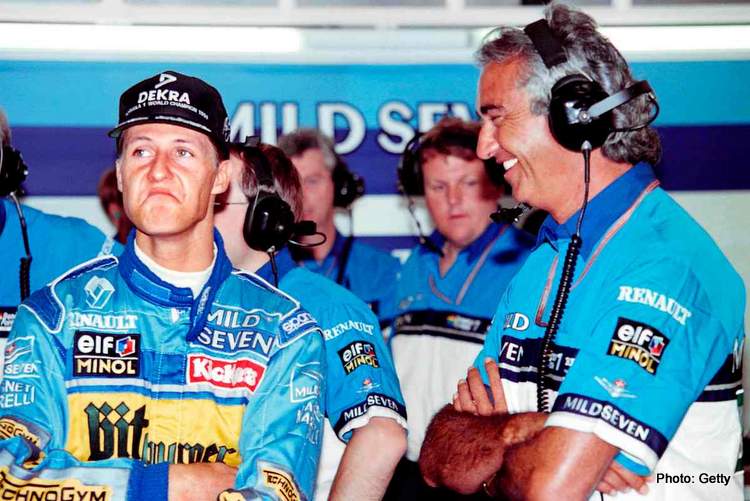 The Oscar Piastri – Alpine fiasco is taking over the Formula 1 summer break, and as it still develops, the presence of one Falvio Briatore can be sensed.

Oscar Piastri’s shock rejection of Alpine’s offer of a 2023 seat carries an echo of past F1 bombshells, although none involving someone quite so young and inexperienced as the Australian.

Comparisons have been made to Benetton swooping on a young Michael Schumacher after one race with Jordan in 1991, or Jenson Button’s 2004 contract mess when he tried to leave BAR for Williams.

It remains to be seen whether it is the result of cold calculation or confusion, or something altogether more intriguing.

Piastri, the 21-year-old Alpine reserve who last year won the Formula 2 Title at the first time of asking, has yet to take part on track in a grand prix weekend.

He was expected to seize the dream opportunity when it came along, a seat with a well-resourced and ambitious Renault-owned team who have already invested heavily in him.

Instead, he told Alpine he would not be driving for them

The rebuttal was so firm and of such astonishing confidence from someone so unproven, and with so much at stake, that it can only be assumed he has already signed a deal with another F1 team — McLaren being the main suspects.

He has also been linked to Williams, however, although they are last in the standings and that would likely be only a stopgap switch.

Piastri’s words came as a second big blow for Alpine, still reeling from the announcement on Monday that double world champion Fernando Alonso was decamping to Aston Martin at the end of the season.

Alpine had thought they could retain the Spaniard and park Piastri elsewhere for a season but are now in danger of ending up without either.

A faint irony of the situation, for historians of the sport, is that Aston Martin were Jordan in another existence while Benetton have morphed over the years into Alpine.

In 1991, Jordan were in the position Alpine are apparently in now when Flavio Briatore’s Benetton whisked Schumacher away after just one race when they realised what an unsecured talent their rivals had.

Piastri may not be a Schumacher but the wily Briatore is still a presence in the paddock, and particularly so at recent races.

Not only is the Italian Alonso’s long-term manager, he also guided former racer Mark Webber who is now looking after Piastri’s affairs.

Formula 1 has a contracts recognition board to settle disputes between teams over drivers and the matter could end up there, just as Button’s case did back in the day.

The Briton, who would be Champion with Brawn in 2009, wanted to leave BAR and join Williams in 2005. There was an option that expired at the end of July 2004 and Williams announced his signing in early August.

BAR disputed that and won the case. Button then spent much of 2005 trying, successfully, to get out of a deal to join Williams in 2006. The current case also appears to involve options expiring at end-July.

Australian Daniel Ricciardo, who has said he is staying at McLaren in 2023 despite failing to meet the team’s expectations, may be central to the drama and there are plenty of alternative scenarios involving him that could yet play out.

One could be a return to Alpine, the Enstone-based team he left for McLaren at the end of 2020. They would appear to have a vacancy alongside Frenchman Esteban Ocon. (Reporting by Alan Baldwin)