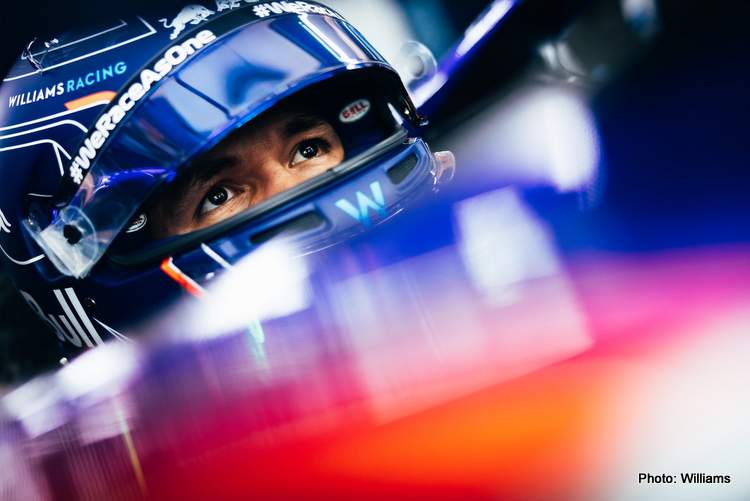 Williams announced today that Alex Albon will be racing for the team in the 2023 Formula 1 season, having signed a multi-year agreement with the Grove-based outfit.

Albon joined Williams at the start of the 2022 F1 season, after spending last season on the sidelines after Red Bull showed him the door at the end of the 2020 season making way for Sergio Perez.

It seemed that Thai driver has done enough to convince his team he deserves to be within in its ranks as the announcement came today after he contested on 13 races in a Williams F1 car.

Williams said in a statement: “Williams Racing is delighted to announce that Alex Albon will remain part of the driver line-up for the 2023 FIA Formula One World Championship and beyond.

“Alex will race for the team for a second consecutive season after impressing with stand-out performances, including his debut points-scoring race for Williams in Melbourne.”

Alex Albon commented saying:  “It’s really exciting to be staying with Williams Racing for 2023 and I look forward to seeing what we can achieve as a team in the remainder of this season and next year.

“The team is pushing hard to progress, and I am really motivated to continue this journey and further develop our learnings together,” he added.

Jost Capito, CEO and Team Principal said: “Alex is a tremendous driver and valued member of Williams Racing, so we’re thrilled to be able to confirm we will be working with him on a long-term basis.

“Alex brings a great blend of skill and insightful learnings that will help bring the team greater success in the future.

“He’s a fierce competitor, has proved a popular and loyal team member and we are delighted that he will provide a stable base for us to continue to develop in this new F1 car era,” Capito concluded.

Our number 23 stays for 2023 and beyond!@Alex_Albon commits his future, signing a multi-year contract 👊#WeAreWilliams pic.twitter.com/MJ4aMXoFZj