Ricciardo: There were more lows than highs 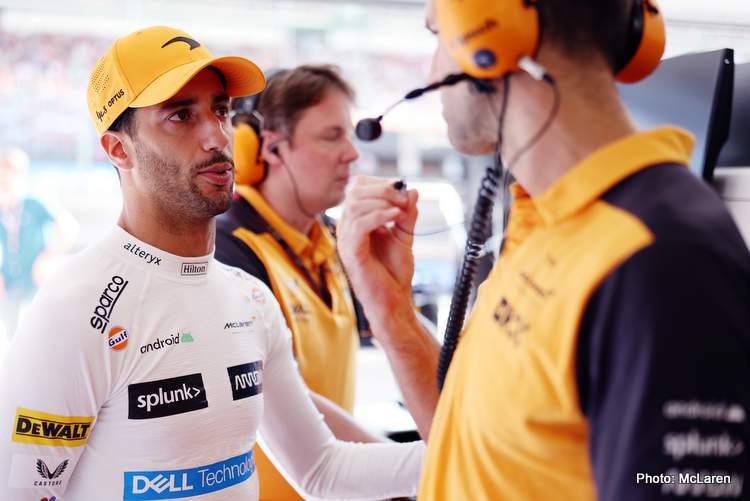 Daniel Ricciardo finished the 2022 Hungarian Grand Prix 15th having started ninth on a day where the lows were more than the highs.

The Australian seems to be slowly improving, and despite being outqualified by his teammate Lando Norris by over half a second, he ultimately made the cut to Q3 qualifying ninth.

In the race Ricciardo didn’t seem to be able to go up the order, and despite a brief moment where he made a double overtake on both Alpine cars – reminiscent of his old days – a clumsy incident with Aston Martin’s Lance Stroll cost him a five-second time penalty, not to mention that he was one of the drivers who was put on Hard tyres, which was evidently the wrong choice.

“Unfortunately, there were more lows than highs,” Ricciardo said in McLaren’s post race report. “The launch felt good but then I dropped a bit after that and I was almost middle braking into Turn One.

Ricciardo lost momentum at the start 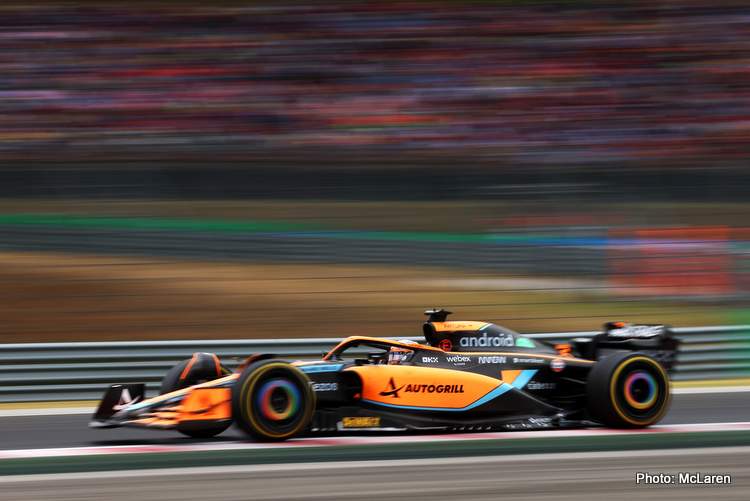 “I felt like I was in a decent spot but I remember an Alpine coming up high on the exit of Turn One and I ran out of room, so I had to get out of that, otherwise I was going to lose a wing. I lost momentum through Two and got done around the outside of Turn Two as well. So, it was a bit of a mess on the first lap,” he explained.

“Then the Soft really fell apart and I didn’t have anything on that tyre” Ricciardo continued. “The Medium, it was a little bit better. I was able to make a nice double-move on the Alpines, which was fun.

“I managed to hold off Stroll for a bit on the Medium and then, when we came out on the Hard, and he came out on a Soft, we simply had no grip. I tried to avoid contact but I couldn’t and unfortunately hit him, spun him around and got a penalty and then that was it.

“The Hard didn’t work for us, I could just never really get it working. I’m looking forward to the break, of course, and will try to come back with a little more speed in the second half of the year,” the Honey Badger concluded.

Lando Norris finished seventh after starting fourth, but he was nevertheless satisfied with that result saying: “P7, happy with that.

“After yesterday, of course we’d all wished for a bit more, but we just didn’t have the pace today with the quicker cars behind. We just did an extremely good job yesterday. 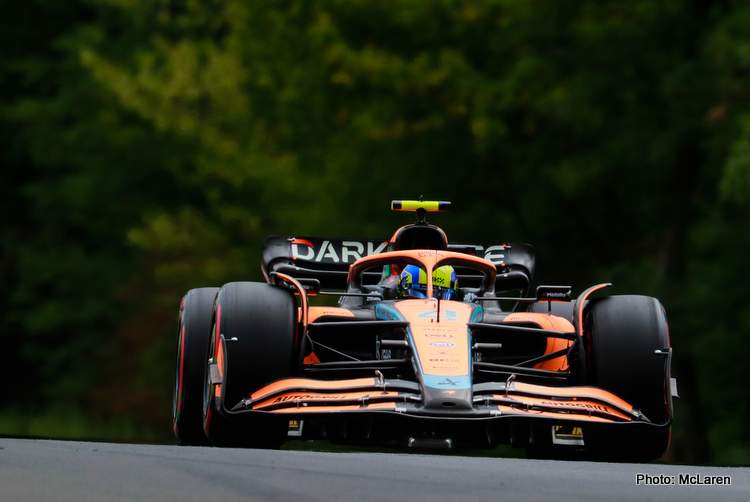 “I’m happy with it, it’s the maximum we could do today with the cars ahead. Tough in places but seventh was the best we could have done for the points today, and we were ahead of our rivals,” the Briton concluded.

McLaren team principal Andreas Seidl added: “With all six cars from the top three teams finishing the race, P7 was the best we could achieve today – and we did it.

“The upgrade we introduced at Paul Ricard – and improved our understanding of here – put us into position to be the fourth fastest team, which is a great achievement,” he revealed.

“Lando executed a clean race today to take that seventh place but with the same strategy on Daniel’s side, we struggled to generate grip in the final stint on the Hard tyre and he fell out of the points,” Seidl added.

“This is something we will have to study in the final week before the summer shutdown. Big thank you to everyone at the track, back at the factory and our colleagues at Mercedes HPP for the immense effort so far this year.

“Everyone should go away and enjoy the break, recharge our batteries and come back stronger for what should be a thrilling battle in the Constructors’ Championship,” the German concluded.

McLaren enter the summer break having lost fourth in the Formula 1 Constructors’ to Alpine, as they now trail them by four points.