Verstappen: I think nobody really expected this result 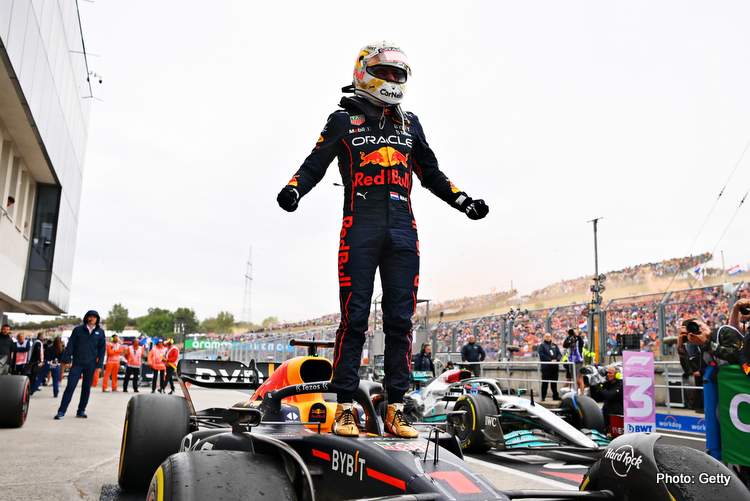 Reigning Formula 1 Champion Max Verstappen won the 2022 Hungarian Grand Prix from tenth on the grid, a result he admits no one at Red Bull expected.

Suffering from a power unit problem in qualifying meant the Dutchman had to start the race in Hungary from tenth on the grid, but a combination of a sleek Red Bull strategy, and some Champion-level driving from Verstappen delivered a win on Sunday afternoon.

Verstappen reflected after the race, quoted by F1’s Official Website: “I think nobody really expected this, but we said to each other we have to remain calm before the race, and I think we did that; we made all the right calls and the race was a bit hectic… in the first lap, getting a bit boxed in and staying out of trouble.

“But after that we did a few overtakes,” he added. “But yes, we pitted at the right time, we put the right tyres on the car, I think that at the time we planned it, and then I basically saw that Charles was struggling a lot on the hard tyre so that was my moment to try and attack him.

“I got him, then I spun, did a 360, lost a position again, but yes, it was a bit unlucky of course,” Verstappen said looking back at his spin which he luckily got away with.

“But then we kept our heads down, got them back again and pulled a gap. We were planning to start on the hard tyres but then I went to the grid on the soft tyres and I and was already struggling for grip, so I was like, ‘No way we’re going to start on hards!’ 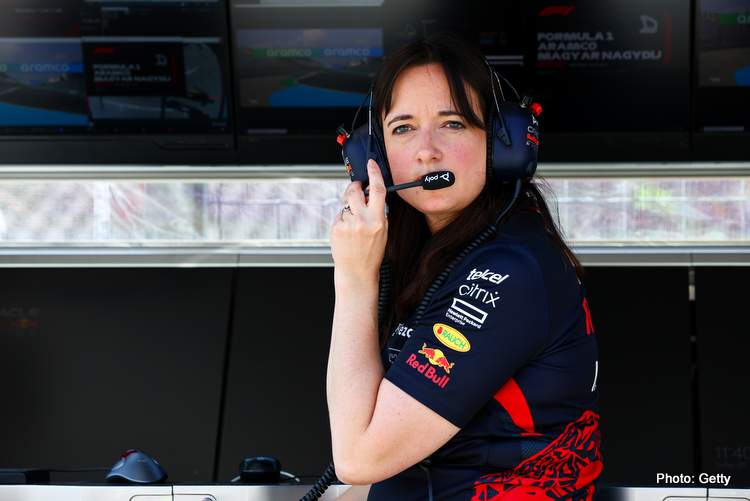 “It’s also credit to the team, because we of course planned our strategy around that on the hard tyre and then I said, ‘Okay, we’re switching to softs’. We had a lot of confidence, just changing it around,” the Red Bull ace revealed.

“I’m very happy that we did because the hard tyre was really tough and you could see that with Charles and Carlos, they were sliding around a lot. After we made our minds up about the softs that [hard tyre] was never a consideration.

“It’s of course very hard to always be on the good side, let’s say it like that, but I think we have a lot of good guys in the team, and girls as well; today I think Hannah [Schmitz], our strategist, was insanely calm, and she is very good,” Verstappen said giving credit to the team’s “Principal Strategy Engineer”.

The 24-year-old is naturally happy with the 80-point gap he built over Charles Leclerc ahead of the summer break, but warned the team need to sort out some reliability glitches such as the clutch problem which caused his spin.

“It’s of course a great lead,” said Verstappen, “but we cannot have too many days like we had yesterday – and even today we had a few little issues with the clutch and the upshifts, which was not great to drive.”

Sergio Perez hails strong result ahead of the break 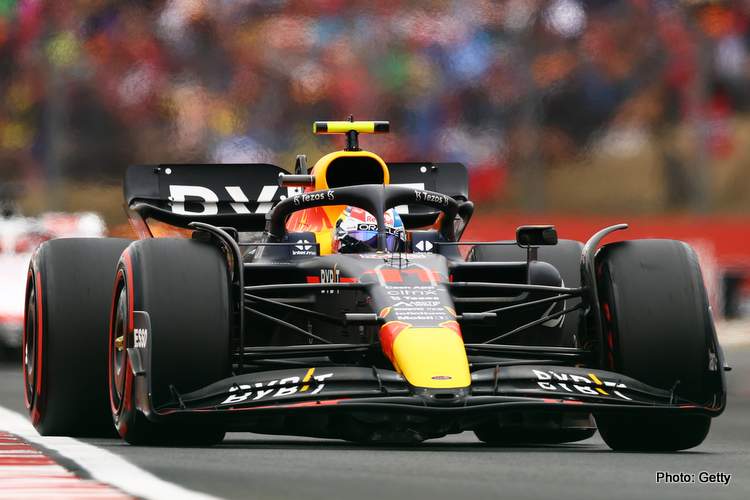 Sergio Perez, in the other Red Bull salvaged a decent result after struggling for pace and qualifying 11th, as was fifth at the flag at the Hungaroring.

“It is good to go into the summer break strongly,” Perez said. “After qualifying it was looking like it could have been a poor weekend for us but we recovered some good points, and it was great fun to have the Mercedes and Ferraris racing up there with us.

“It was quite a tricky race, particularly towards the end, when the conditions changed and especially during the virtual safety car which meant everyone got cold tyres. Overall, we were a little unlucky with the VSC because we were potentially going to get Carlos and George and I felt we would have got a lot closer to them towards the end.

“I felt a lot stronger in the final stint and with a few more laps I think I could have been on the podium with Max. It was a great race though and very fun at times.

“It was a fantastic recovery for the Team today and it was great to see Max get the win,” the Mexican concluded.

Red Bull team boss added: “It was a fantastic race today. Everyone put in a top performance. Max was exceptional, even adding a little spin to his race as if coming back from 10th wasn’t hard enough.

“Equally, Checo had a brilliant race and I believe if it hadn’t been for the VSC he would have podiumed. Strategy played a big part in our victory. We were due to start on the hard tyre but switched things up as a result of the ambient conditions,” he explained.

“This win gives us a healthy lead going into the break but there are still areas to improve on. Ferrari are still quick, Mercedes are coming back as you saw today. There is plenty more still to come,” Horner concluded.