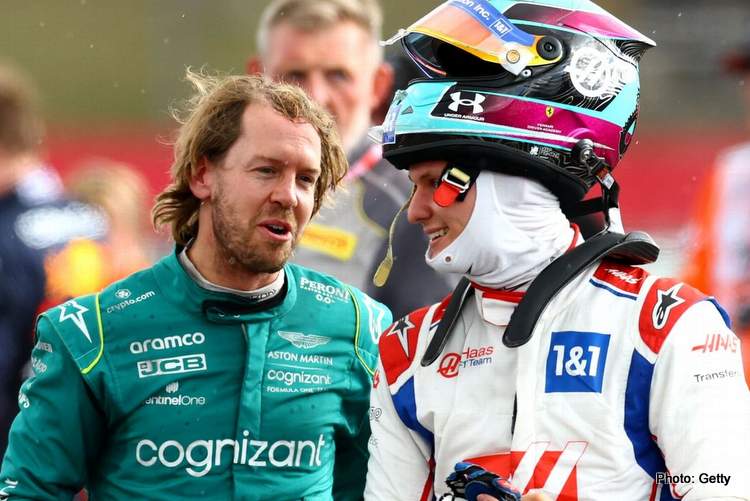 Sebastian Vettel has backed friend and fellow German Mick Schumacher to replace him at Aston Martin when the four times Formula 1 World Champion retires at the end of the season, saying he thinks very highly of him.

Vettel, 35, announced his retirement on Thursday with immediate speculation about who might be his successor alongside Canadian Lance Stroll at the British-based team.

“I do have my opinion. I mean, I think very highly of Mick,” Vettel told reporters at the Hungarian Grand Prix, the last race before the August break.

“I’m obviously not entirely objective, because I’m very close to him. But I do think he’s a great driver. And he’s a learner, he keeps learning when others sort of stall, or stop making progress,” he added of the 23-year-old.

Vettel said that the decision was for the team to make but he would “not hold back” his opinion if asked.

Vettel a mentor to Schumacher

The German is close to the Schumacher family, with Mick’s father, the seven times world champion and Ferrari great Michael, a boyhood hero of Vettel’s.

Schumacher senior has not been seen in public since he suffered serious head injuries in a skiing accident in the French Alps in 2013.

Vettel has taken on something of a mentor role for Mick since his compatriot joined the Ferrari-powered Haas team in 2021 after winning the Formula Two title.

The Ferrari-backed driver has taken time to open his account, unable to score a point last year but finishing eighth and sixth in Britain and Austria this season.

Schumacher is out of contract at the end of the year. (Reporting by Alan Baldwin)

Thank you for everything you’ve contributed to the sport we both love, I can’t wait for our last races together. Thank you, Seb – you’re an inspiration pic.twitter.com/oGEN4YLwHX