Horner: We are engaged in constructive discussion with Porsche 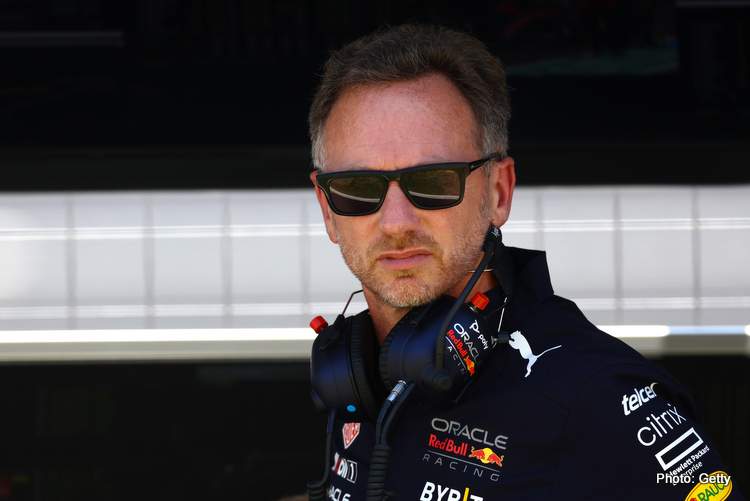 Christian Horner responded to news that Porsche would be acquiring a 50% stake in Red Bull saying, they are having a constructive discussion with the Stuttgart-based caremaker.

Red Bull still have caveats and hurdles to overcome before a much-discussed Formula 1 partnership with Porsche is done, team boss Christian Horner said on Friday.

Recent media reports have indicated that the Volkswagen-owned marque plans to go beyond a joint engine programme by taking a 50% stake in Red Bull Technology, the company which builds the team’s cars.

Horner told Sky Sports television at the Hungarian Grand Prix that there was obviously plenty of speculation flying around.

“I think I have said numerous times that we are engaged in constructive discussion with Porsche,” he said. “Porsche to come into F1 would be a really positive thing but there’s so many caveats to that. There’s the regulations to sort out, we’re only at the very beginning of a process where discussions can begin.

“The first actual hurdle for any new manufacturer coming in is those technical regulations for the power unit from 2026 onwards,” he revealed.

Porsche and Audi, another Volkswagen brand looking to enter Formula 1 and linked to Swiss-based Sauber who run the Alfa Romeo team, have both said they cannot proceed until the rules are confirmed. That could happen in August, when the sport has its mid-season break.

Horner said Red Bull, currently leading both Formula One championships by a comfortable margin with Max Verstappen heading for a second successive drivers’ title, were strong and in a great position.

“Red Bull powertrains is going from strength to strength. We’ve recruited some more great talent, some more announcements coming out soon and there’s some significant recruitments into the team,” he added.

“For us, we’re on a journey. Where that takes us in the future if we decide to take on a partner only time will tell.

“But I think we’re in great shape and looking forward to seeing exactly what these new regulations say on a sporting, a technical and most importantly financial basis.”

Red Bull have formed their own powertrain company at their Milton Keynes factory, hiring some key engine experts from rivals Mercedes.

They and sister team AlphaTauri use engines with Honda technology at present. (Reporting by Alan Baldwin)