Ocon: It will be emotional to be back in Budapest 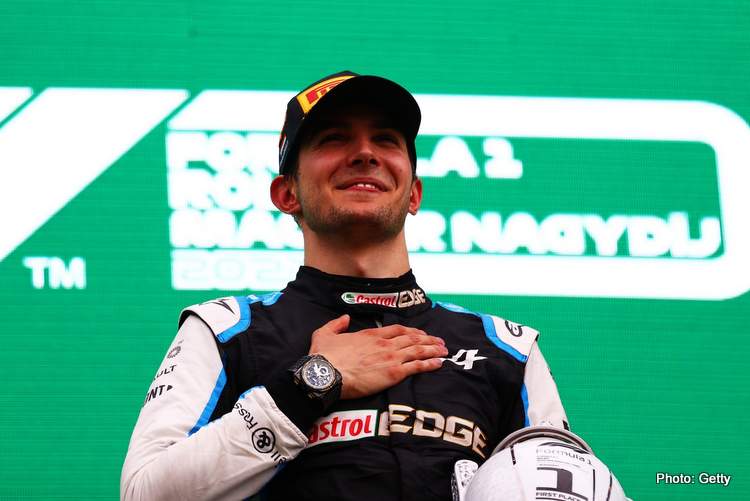 Esteban Ocon will be back in Budapest for the 2022 Hungarian Grand Prix where, in 2021, he won his maiden Formula 1 race, and he expects his return to be emotional.

The first win in F1 is always special, and Esteban Ocon will be back to the scene where he achieved his at the dramatic 2021 Hungarian Grand Prix.

He may not be able to win this time with the car at his disposal, keeping in mind the unusual circumstances that favored him last year, but the weekend will no doubt feel special for the Frenchman.

“I feel good, and it will be emotional to be back in Budapest for sure,” Ocon said in Alpine’s race preview. “I can already feel all the memories of last year coming back.”

“But that was last year, and we need to be fully focused as a team to deliver another solid weekend,” he added.

Alpine have been fighting McLaren this year for fourth in the Constructors’, and edged four points ahead of them after the French Grand Prix last weekend.

“It will be important to go into the shutdown with a feeling of having really cemented that fourth spot in the Constructors’ Championship,” Ocon said.

“We know it will be difficult, but we have the team and the tools to do just that,” he insisted. “We will be giving it one last push before a well-earned break for the team who have worked incredibly hard all year.

“I do really enjoy the track and it’s one of my favourites, and not just because I won there! I like the second sector and how fast and flowing it is. It seems you don’t get a break from turn four to turn 11, and if your set-up is good that sequence of corners can feel really nice and make you feel like you’re extracting the maximum from the car.

“It’s a really fun track to drive,” the 25-year-old concluded. 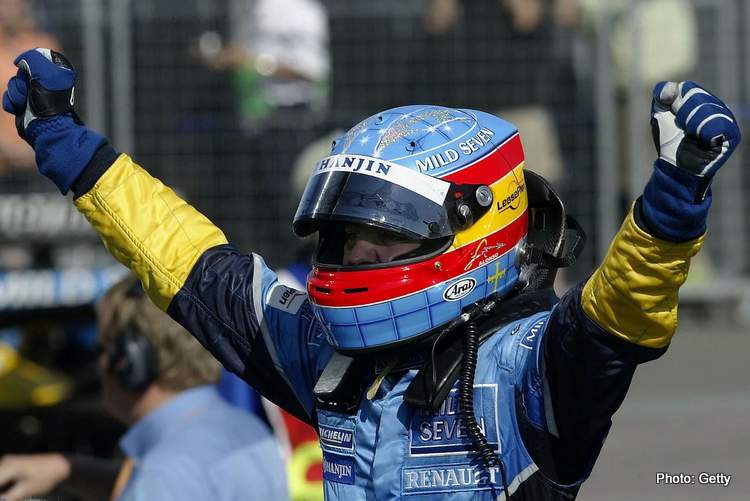 Fernando Alonso also took his maiden F1 win in Budapest back in 2003 with Renault, the same team now called Alpine. He played a big role in Ocon’s 2021 win in Hungary holding off a charging Lewis Hamilton long enough for his teammate to take victory.

“It was a good Sunday for us after a challenging weekend,” he said reflecting on the race at Paul Ricard. “We found it quite tricky to find the right setup during Practice and we weren’t quite happy with the balance until just before Qualifying.

“However, we showed that when we can have a clean weekend, to aim for the top seven positions is a very realistic goal for us as we were pretty comfortable in the race,” he insisted.

Looking ahead to this race weekend, the Spaniard said: “Obviously Budapest is where I took my first-ever win in Formula 1.

“We had a good car that year and we were building something very strong towards the next few years,” he recalled. “But, we weren’t expecting a win that year.

“I think we found the circuit to really suit our package. Of course, there was last year too, which was Alpine’s first-ever win,” the Spaniard pointed out.

“The race also tends to be fall around my birthday, so it’s a good weekend for me with lots of memories and hard to choose one. It’s a fun track and a real challenge as a driver, with its tight and twisty nature,” Alonso concluded.

Fernando and Esteban look back on that special race win in Hungary last year 🏆 #HungarianGP pic.twitter.com/RVNXmlg5nq