Ocon: I’ll have my own grandstand this weekend 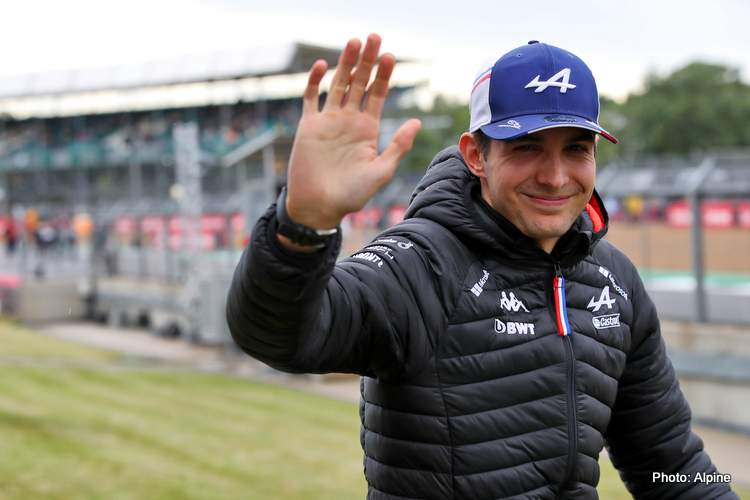 Esteban Ocon is naturally excited about his home race this weekend at the Circuit Paul Ricard, but having a grandstand carrying his name make matters even more special.

Esteban Ocon is one of two French Formula 1 drivers competing at the 2022 French Grand Prix at Le Castellet, the other being AlphaTauri’s Pierre Gasly.

However, Ocon has something going for him this weekend with one of the grandstands at the Circuit Paul Ricard will be carrying his name.

“There isn’t a feeling quite like racing in your own country and seeing the passion of the home fans when arriving to the circuit, or, in the grandstands when driving past,” Ocon said, previewing his home race.

“I’ll also have my own grandstand this weekend which is a first for me and a dream come true,” he added. “I know the atmosphere will be amazing in the ‘Esteban Ocon Grandstand’ and throughout the grounds in what is a sold-out race weekend.

“It’s always special going back to Le Castellet, a track we all know well,” the winner of the 2021 Hungarian Grand Prix revealed.

“It’s a circuit famous for its mix of high-speed straights and the demanding sequences of low and medium-speed corners.

“The low-speed section heading onto the Mistral straight is tight and requires a flexible set-up on the car. Then you have the faster, more technical section from Signes until the last corner which is quite demanding on the tyres,” Ocon explained.

“Qualifying is important here and getting the set-up right for Saturday afternoon will be key. I enjoyed the days off after Austria, but I am ready to jump back in the A522 and get my home Grand Prix weekend started,” the 25-year-old concluded.

Ocon will be wearing a special helmet for his homerace designed by a 12-year-old fan called William.

Gasly: It’s really time we return to getting into Q3 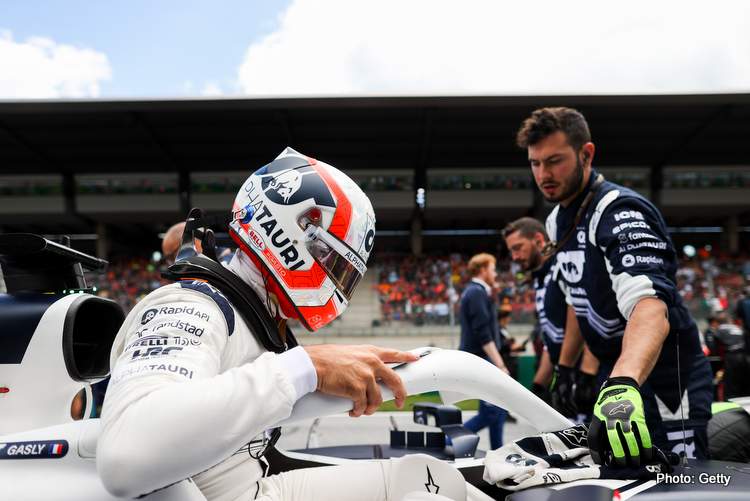 Another Frenchman who will be racing at home is AlphaTauri’s Pierre Gasly, who may not have a grandstand named in his honour, but has other stuff to be excited about, as his team will be bringing updated to their AT03 this weekend.

Gasly has only scored points on three occasions this season, and currently sits in 13th in the Drivers’ Championship with 16 points, and will be looking to put the disappointment of the race in Austria behind, where he finished 15th in both the Sprint Race, and the Grand Prix.

“Austria was one of the most difficult race weekends of the season so far and probably the Sprint format made it even worse,” Gasly said in his team’s preview of the French race. “I know it’s the same for everyone, but it meant we did not have much time for long-run work prior to the race.

“Our Quali performance level was okay, but we had no pace in the Sprint,” he lamented. “On the positive side, I was satisfied with my approach to the race and with my concentration level, avoiding any track limits mistakes, so that was a good step for me.”

Looking ahead to his home race, Gasly said: “I’ve raced a few times at Paul Ricard, in Euro-Formula and Formula 3 and last year’s Grand Prix was quite difficult for me, as I had to start from pit lane after getting it wrong in qualifying.

“It’s a track where you need a set-up that works well in mid-speed corners and it can be quite tricky because you have the high-speed straight and Signes corner, but also low and medium-speed turns at the end of sectors 1 and 3.

“Normally, this would highlight some weak points in our car, but we will have updates in France so hopefully that won’t be the case anymore,” the one-time race winner revealed.

“It’s really time we return to getting into Q3 to make it easier to score points on Sunday,” Gasly said. “We’ve gone for a major upgrade rather than lots of small ones. The new upgrade is focused on adding more load to the car, as we were quite weak in the medium to high-speed corners.

“Hopefully, it will bring us more consistency and allow us to fight at the top of the midfield again,” the AlphaTauri driver concluded.

stoked to be back in France for @PierreGASLY‘s home race! 🇫🇷 ✌️ pic.twitter.com/XY5G3p2b3x