Hill: Schumacher has had a little bit of a spurt 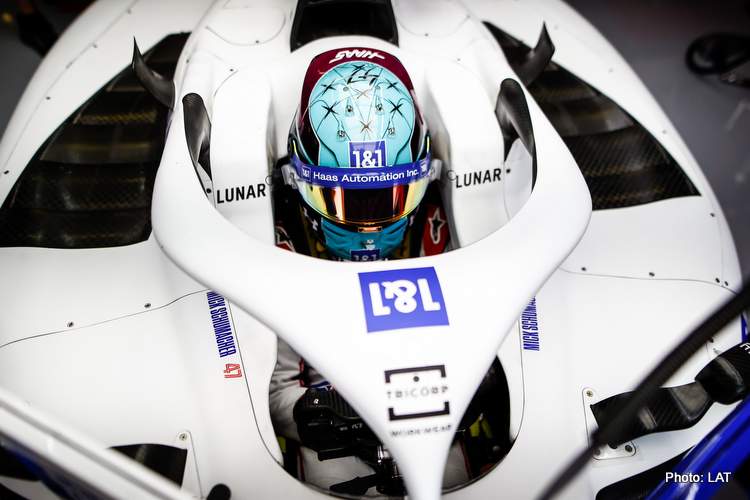 Damon Hill commended Mick Schumacher for his recent improvement scoring points in two consecutive races, saying the German has had a little bit of a spurt.

Schumacher has been under pressure this Formula 1 season, as he was joined by Kevin Magnussen at Haas after Nikita Mazepin was shown the door.

Schumacher had his former teammate under control, beating him comprehensively in 2021, but things changed with Magnussen, as the Dane was on the pace from the get-go, as the German was struggling to match him, while having a little bit too many crashes on his way.

The young Schumacher however made his break though, scoring his first F1 points at the 2022 British Grand Prix, and repeated his feat the race after in Austria.

Speaking to the F1 Nation podcast, former F1 driver Damon Hill reflected on Schumacher’s development, and said: “Mick Schumacher I think has had a little bit of a spurt or a leap forward.

“It looked like it was all going south, and then suddenly he’s rebounded, he’s hit the bottom and bounced like a person on a space hopper.

“Something’s new, something’s different, something’s better, and sometimes it can be caused by staring into the abyss of the reality of our sport; you could find yourself not in Formula 1. That can spur you on,” Hill contemplated.

Schumacher has been known to be slow in getting up to speed, evident from his career in the junior formulae, where he won the F3 and the F2 Title before making his debut in top flight.

Schumacher has always been a slow burner

“I think that in his F2 season he looked like he was a slow burner, a slow learner, but he got there in the end,” Hill pointed out.

“If you compare him to his dad, Michael arrived and he was there [on the pace] straightaway, fully formed. But, give Mick a little bit of a break, I think he’s had a lot to deal with growing up,” he added.

Having Magnussen has been a factor in Schumacher’s 2022 struggles according to the 1996 F1 Champion, who explained: “I think having a teammate like Kevin was suddenly a bit of a shock to the system as well.

“Sometimes it can set you back, and then you have to regroup, and suddenly you realise, ‘Wow, Formula 1 really is the most challenging category of racing’.

“The competition is so fierce, it’s so intense, but you do have to reset your targets,” Hill insisted.

“You think you’re trying your best and you think that you’re giving it everything, but then you realise you’re actually underperforming to what your true capacity is.

“You have to really dig deep in Formula 1, because you will get found out,” Hill said.

Schumacher will be contesting his 33rd grand prix this weekend at Paul Ricard for the 2022 French Grand Prix.