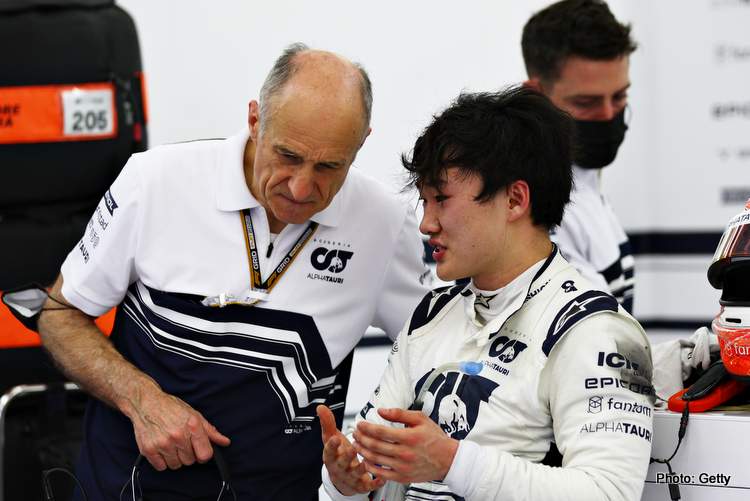 Marko gave the Japanese driver the label after the latter crashed into his teammate Pierre Gasly at the 2022 British Grand Prix in Silverstone trying to overtake him, and revealed at the time that they had a psychologist working with him.

Franz Tost defended his driver in Austria, and was quoted by Formula 1‘s official website saying: “I like problem [children] because these are the really good [children] who can make something out of it.

“I don’t like the holy [children],” he added. “Yuki made a mistake [in Silverstone]; he knows it and he will work on this. He is still in his development process. He is fast. He was also fast this weekend here.

“And he will do it his way. It takes a little bit of time,” Tost admitted.

Tsunoda had a erratic rookie season with the team, and was even surprised when his contract was renewed for 2022, but has shown some improvement this season until lately, when the mistakes resufaced.

If Tsunoda performs he stays, if not he’s out

“If he continues like he did during the season, apart from crashing, I think that he has a good chance to stay with us,” Tost said. “It depends on him. If he shows a good performance he will stay, if he doesn’t show a good performance, he is out. Totally easy.”

Of the Silverstone crash between the teammates the Austrian reflected: “Of course, this was a nightmare for the team.

“Because the drivers were in positions seven and eight, and we knew that Silverstone is difficult for us, therefore we really were in good positions. And then Yuki got a little bit too impatient, tried to out-brake Pierre, lost the rear and crashed into him.

“And immediately after the race I called Yuki into my office and told him that this is absolutely no-go, and that he has to be more disciplined and patient,” Tost revealed.

“This was not the first collision between team mates and will not be the last one – hopefully with us… but nevertheless, this in any way must be avoided,” he concluded.

Tsunoda qualified 14th for the Sprint Race in Austria, which he finished 17th, while the best he could muster after Sunday’s Grand Prix was 16th.

He is currently 16th in the Drivers’ Championship having scored 11 points so far.