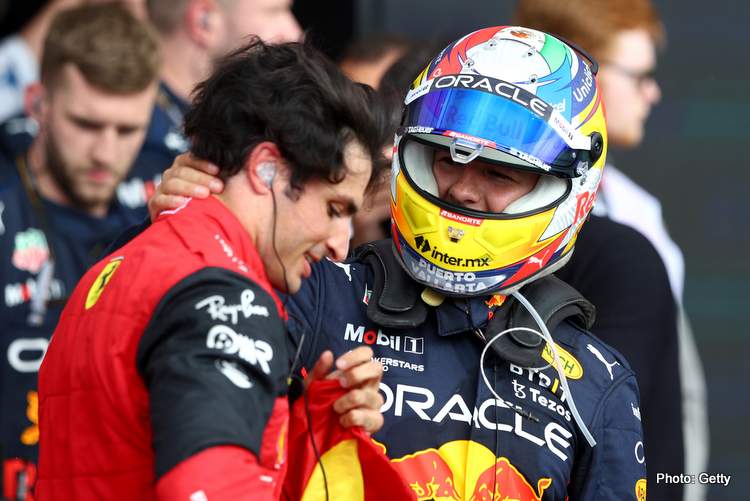 It was ironic that Tom Cruise and Keanu Reeves were both present at Silverstone last weekend as the race action would not have been out of place in one of their movies.

All the ingredients were there at Silverstone. A spectacular life-threatening accident, a heart-stopping dash to the finish line between the primary protagonists, and the underdogs triumphing in the end.

The last part of the storyline is the most interesting. It all began with the number two Ferrari driver, Carlos Sainz, sticking it on pole. Then, in true Hollywood fashion, he converted one “first” into another by winning the race.

I have to say I’m very happy for Carlos. If you have to do a 150 Formula 1 race-starts to get your first pole and win, there is no better way of doing so than in Ferrari at the British Grand Prix.

Ironically, opinion was split in last week’s TeamTalk as to whether Sainz was World Champion material or not. My position was he isn’t. Unfortunately, what transpired has done nothing to change my mind.

Firstly, his reaction to his pole time – “I wasn’t expecting that, it didn’t feel good.” This means he’s at his best when he’s not trying so hard and consequently, not overdriving the car. World Champions tend to improve when they push!

Secondly, he was ‘gifted’ the race. Not by Ferrari as most people seem to think, but by courtesy of a stranded Alpine precipitating a Safety Car. This was a repeat of the conundrum Mercedes found themselves in at Abu Dhabi last year, although not quite so acute (they had more laps to play with).

In other words, if you bring the lead guy in, will all those behind stay out? Ferrari has tyre wear issues and the nature of the Silverstone track was not going to be kind. At this point, Ferrari made the right decision by bringing Sainz in for some “softs” over Leclerc. Most of the grid followed of course.

Having made a correct decision for once, the Ferrari team then appeared to panic and tried to repair the ‘mistake’ by asking the Spaniard to give Leclerc some ‘breathing space’ at the restart.

Seriously??? I have to hand it to Sainz in that he declined so politely. They (the team) deserved a short ‘No, f@#k you!’, particularly as the message was given moments before re-start?! He then proceeded to demonstrate his confidence in the Ferrari race strategy by ignoring it, swiftly dispensing with Leclerc and consequently securing victory for a Ferrari team that didn’t deserve it!

My driver of the day 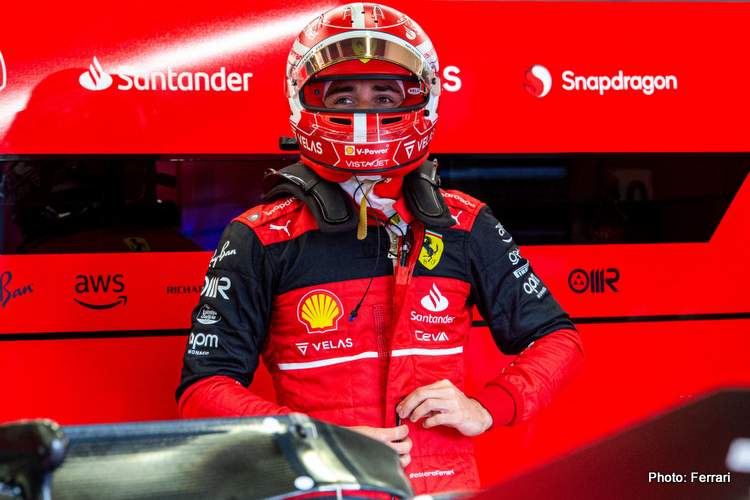 If anybody deserved the award for Driver of the Day at Silverstone, it was Charles Leclerc, occupying the attention of Sergio Perez and Lewis Hamilton while Sainz pulled away. The Spaniard can attribute much of his victory to the valiant defense put up by his teammate, particularly as he (Leclerc) was on ‘shredded tires’. We can also thank him for providing what ensued as a consequence – some of the best racing we’ve seen for many a year.

Instead, the recipient of the ‘Pilote du Jour’ accolade was another number two – Sergio Perez. Like Sainz, he never would have been on the podium without Ocon erroneously parking his Alpine on the old start/finish straight. Before this fortunate turn of events (for Perez), he was destined for a low points finish and a relatively anonymous Grand Prix.

Finally, we have one of the founder members of ‘Drivers in F1 who shouldn’t be’ (F1DWSB) club – Mick ‘not so quick’ Schumacher, finally finishing ahead of teammate Kevin Magnussen and securing some points to boot. Such was the fuss made about all of this being the beginning of the beginning for the young German.

What I saw was a very average F1 driver in a relatively good car getting properly ‘schooled’ by a World Champion in a severely damaged one.

Additionally, if the Zhou Guanyu’s accident hadn’t happened he would have had another pointless race…literally, since they were all likely finishers. Nevertheless, his (Mick Jr.) future has been secured for another year by Ferrari after making Haas an ‘offer they cannot refuse’.

Poor Guenther Steiner. Apparently, he was ready to offer him a seat in the stands for 2023 when he received the horse’s ass (sorry head) from Maranello. I presume Ferrari has no serious plans to use the son of the ‘Real deal’, but with Haas having a relatively good car it’s one way of stifling their performance.

Lastly and certainly least, the two other members of the F1DWSB club, Lance Stroll and Nicholas Latifi, managed to drive themselves to the back of the grid.

Latifi, we can put down to a bout of altitude sickness following his qualification performance. The same cannot be said for Stroll and potential new club applicant Daniel Ricciardo. The results were not a good look for either of them, especially when you consider the finishing positions of both their teammates. 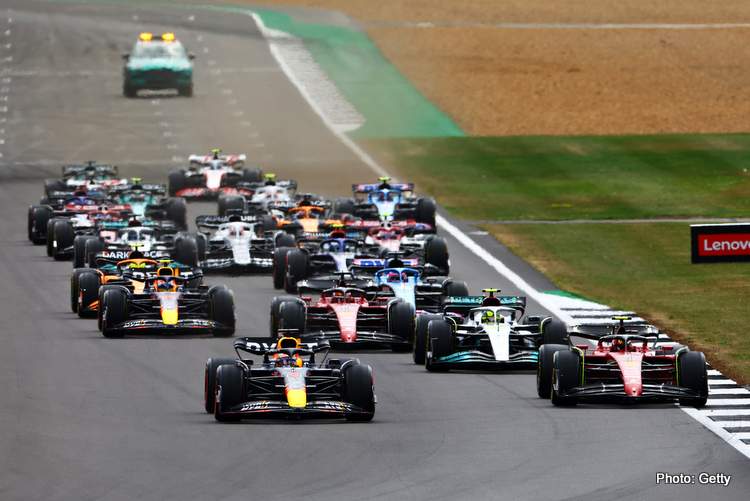 Whilst the results at the Northamptonshire circuit pretty much fell in favour of the ‘number two’s’, we still have plenty to celebrate post the British Grand Prix: Our sport is buoyant based on the crowd size and the number of high-profile ‘celebs’ in attendance.

Zhou together with Alex Albon walked away from two incredibly violent accidents. The oft-vaunted but rarely delivered benefit of the new aero regulations has finally laid its eggs.

The drivers were able to follow closely and overtake without relying solely on DRS, delivering in the closing stages the kind of racing that would have made Ayrton Senna smile. For columnists like myself, it also produced a race with more nuances than a Shakespearian comedy. Certainly more than can be covered in one article.

And yes, while I argue that the end result was subject to some outrageous fortune, it’s good to remember the old F1 adage – if my auntie had balls.. she’d be my uncle! Roll on Austria, where normal service will be resumed.