Wolff: Austria hasn’t always suited us in the past 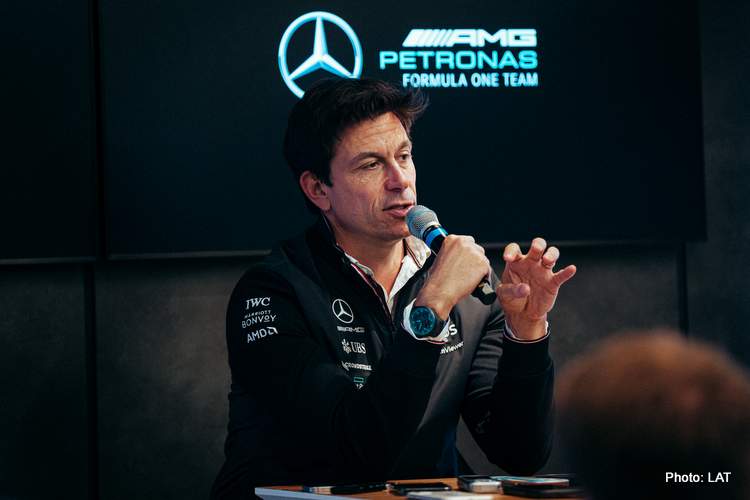 Toto Wolff is not holding his breath for a decent Mercedes result at the upcoming Austrian Grand Prix, as the Red Bull Ring hasn’t always suited the team, even in their pre-2022 dominant years.

Mercedes brought a raft of updates to their W13 at the 2022 British Grand Prix last weekend that seemed to tame the bouncing Silver Arrow around Silverstone, with Lewis Hamilton putting it to good use and taking third place, while at some point even looking good for a win.

It is yet to be seen if that will be another false dawn as the one back in Barcelona, and Mercedes team boss Toto Wolff is wary of making an bold predictions.

Asked about the subject last Sunday, Wolff said: “we have had in Barcelona moments of where we saw some light at the end of the tunnel and then the next three street circuits proved that we were wrong, so I don’t want to talk us up nor be too optimistic at this stage.

“I think Austria was always a little bit difficult, he added. “There’s a few corners which in the past didn’t make our car happy.

“So that’s something we need to look at. But it’s a constant learning curve. I think this season is gonna be a pretty tough one to win, so we just need to get our ducks in a row to be properly on top of the car’s performance,” Wolff admitted.

After that, and in Mercedes’ preview of the Austrian Grand Prix this weekend, where Formula 1 will be having the next Sprint Race of season, the Mercedes boss said: “Austria up next! A quick turnaround is always welcome when you’re in a learning race and need track time.

“It was a spectacular weekend at Silverstone, with amazing support and a more competitive showing,” Wolff looked back. “That reflects all the hard work to bring upgrades to the car – and a circuit that played to the strengths of our current package.

“Lewis drove a brilliant race with some epic battles. A better result would have been possible if things had played out differently.

“George certainly had the pace to make up ground from P8. It was a shame he couldn’t race, but we’re proud of the character he showed after the incident.

“I’m looking forward to being back in Austria: it’s my home race and a location full of good memories,” the Austrian continued. “It’s a very different track to Silverstone and one that hasn’t always suited us in the past, but the cars have changed drastically since we were last in Spielberg.

“We’ll keep our heads down, prepare the best we can and hopefully we can build momentum from Silverstone,” Wolff concluded.