Russell: Zhou was stuck there… 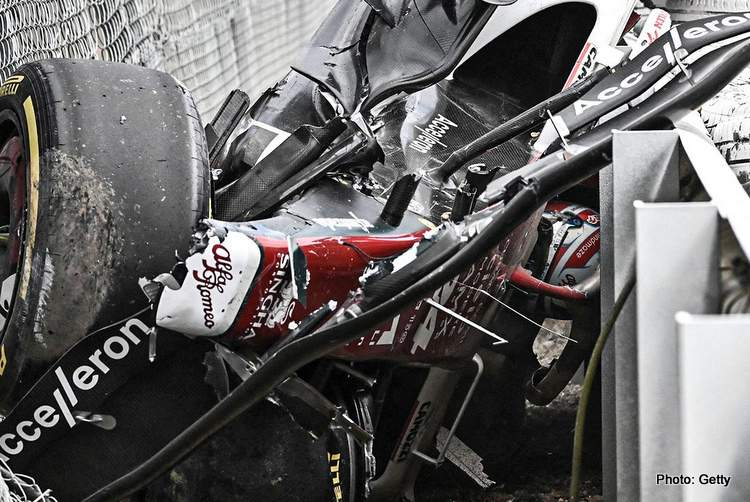 George Russell shared his feelings after seeing Zhou Guanyu stuck in his car in an awkward position, unable to do anything, which was of concern to the Briton.

It was a scary crash at the start of the 2022 British Grand Prix that saw the Alfa Romeo of Zhou Guanyu ploughing through the gravel at Abbey, ending up between the Armco barrier and the fence.

Russell – the one to blame for the crash as he veered aggressively to cover Pierre Gasly clipping Zhou – jumped out of his car immediately and ran to check on the Chinese rookie.

Reflecting on the incident, Russell said: “Firstly glad to see Zhou’s okay. Incredibly scary incident not just for him but I’m sure for everyone in the crowd as well. Not nice to see.

Mercedes gambled on the start

“We obviously took a gamble starting on the hards because I didn’t do a good enough job yesterday in qualifying, and we were starting out of position. We knew it was going to be very tricky but I just got completely swamped by everybody at the start and next thing I know is I was in the side of Zhou.

“So yeah, so many different emotions,” the Mercedes driver revealed. “And then I jumped out, I saw it was a red flag, I jumped out to see if he was okay.

“So it’s annoying because the only issue we have is a puncture,” Russell lamented, as he pushed hard with the FIA to be allowed to join the race on the restart.

“Well the car was the car was generally fine,” he insisted. “A little bit of damage but nothing show-stopping. So yeah so many different emotions right now. I was really excited to see how the performance of the car would have been.

Zhou was stuck in a tight gap

Asked how he felt when he saw Zhou stuck in his flipped car, the 24-year-old said: “In that position, he was stuck there. There’s nothing he could have done.

“We need to have I think I guess to avoid the car being stuck in such a fine gap, in the space between the tyre barriers and the metal fence. And yeah, he was just stuck in there with nowhere to go.”

Russell said he did not try to communicate with Zhou pointing out: “I left that to the doctors but I wanted to see if there was anything I could do.

“I know he’s okay. That’s the main thing, but so many different emotions from everything really,” the four-time podium sitter maintained.