Verstappen: If they want to boo I don’t care 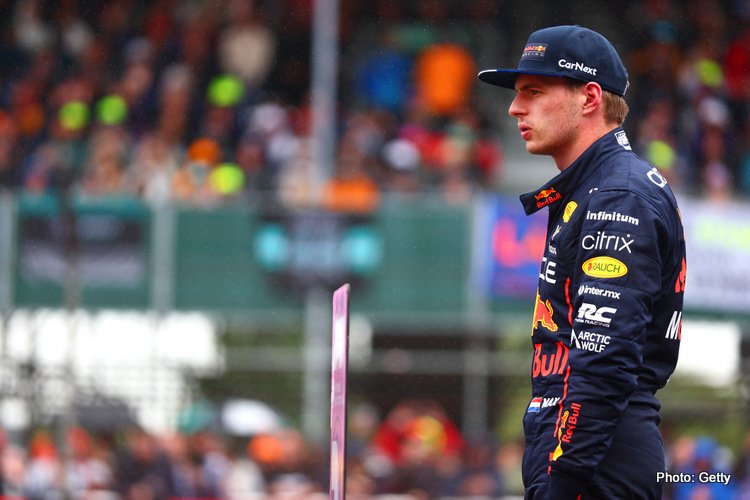 Max Verstappen was subject to catcalls and jeers after he qualified second for the 2022 British Grand Prix, on Saturday, by the notorious and unsporting Boo Brigade that tend to tarnish sports events on the island.

Verstappen was booed by some in the crowd after Saturday’s action-packed qualifying session in the rain and said he could barely hear his on-track interview questions over the jeers.

He had just ended the session second fastest to pole winner Carlos Sainz, when Verstappen was being interviewed in parc ferme the heckling and noise got louder.

Prompting the World Champion to state over the microphone: “If they want to boo, they do that. I don’t care. For me, it’s not going to change anything Maybe some of them don’t like me, but that´s fine. They all have their own opinions.”

Verstappen then went on to recall his qualy session: “It was quite a tricky qualifying, with the rain. It was raining, drying, so you had to be on the track at the right time. I think overall the car was working really well.

“In Q3 it’s always a bit of a lottery sometimes when you have to put the fastest lap in. I got a bit hindered on my final lap with the yellow flag, unfortunately, but I think still to be on the front row is very good for us and we have a good race car in the dry and the wet,” revealed Verstappen.

The Dutch ace was clearly miffed he did not nab the top spot start that had his name chalked on it until the rain came and wiped it away.

Verstappen: My 360-degree spin in Q3 was a new tyre warming technique! 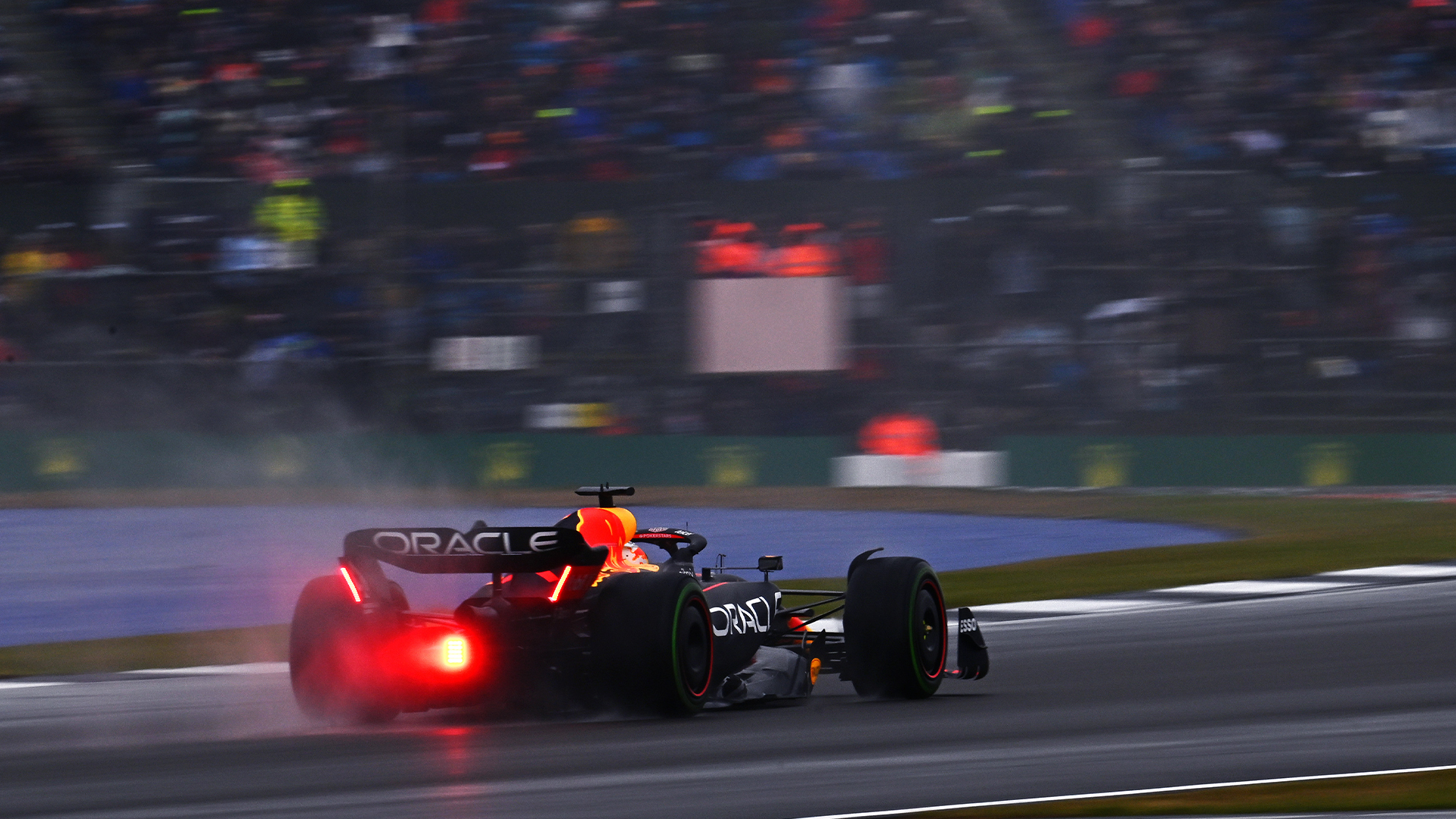 Verstappen later reflected in the Red Bull qualifying report: “It was a good qualifying, I felt comfortable out there. It was obviously very slippery on track, my 360-degree spin in Q3 was a new tyre warming technique [laughs], but overall I think we did a good job, we have a great race car.

“Q3 is sometimes a bit of a lottery, especially in the wet, so I couldn’t improve on my final lap as there was a yellow flag, I think that cost me pole position today. As you can see it’s all very tight at the front at the Ferraris are very strong.

“It will be a close battle but hopefully we can finish ahead of them. The car is good in the wet and the dry, so if the car is working well during the race tomorrow then we should have a good chance of winning.”

Verstappen might be accused of overdriving to really hammer home an advantage, when a half a second slower he would’ve still probably taken pole.

Nevertheless, Verstappen is the favourite to win the 73rd British Grand Prix, even from second place, and makeup not only for today’s misstep but also to make amends for last year’s 51G crash, he suffered on the opening lap, which Max points would do.

Ahead of Round 10 of the 22-race 2022 F1 World Championship, on 175 points Verstappen leads the standings by 46 points over Red Bull teammate Sergio Perez, Ferrari’s Charles Leclerc is third 49 points adrift.

Perez: It is going to be tough but we will fight hard 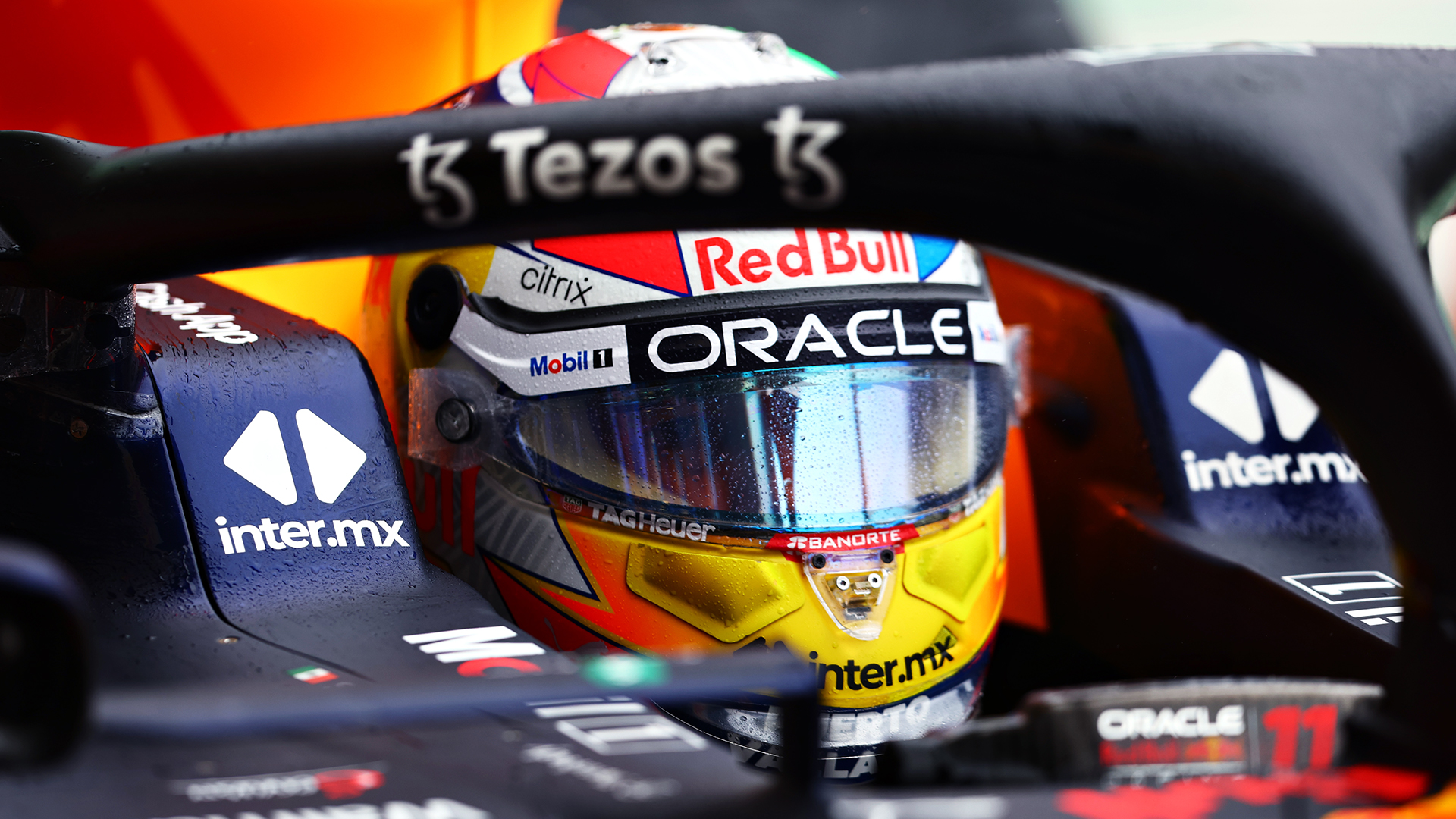 In the other Red Bull, Sergio Perez was out at sea relative to his teammate, well over a second down on Verstappen in Q1 and Q2, but did well to recover nearly a full second to end the day fourth, albeit six tenths down on his teammate.

The Mexican said of his qualy session: “In these changeable conditions, it was a good result for us. I obviously wanted more and I am not fully satisfied but we can fight from there and I look forward.

“It wasn’t ideal but on the other hand, I am not too disappointed because towards the end of Q3 I had Stroll right ahead of me, so my last two laps were not ideal and maybe there was a bit more in it without that hold-up.

“We found the issue in the car that was troubling us on Friday and in the race we will be a lot more competitive. It will be important to stay in the mix and have a strong pace in the race tomorrow, then things can look very different.

“We have made good progress so I will be confident hopefully we are able to give a hard time to the Ferraris, it is going to be tough but we will fight hard,” insisted Perez.

Red Bull team boss Christian Horner was happy: “It was a good qualifying from both drivers, in very tricky conditions. We got a bit unlucky with the yellow flags which meant Max lost around 3 or 4 tenths but we’re pleased to be on the front row with Checo up there on the second row, in a session like that, it’s a good place to be.

If it is a straight dry race, then strategy and tyre deg are going to be crucial, this year, we’ve seen our cars can follow closer which is going to be critical through Becketts, but if the beautiful British summer continues tomorrow it could all change so quickly, hopefully we can take the fight to Ferrari.

“Congratulations to Carlos, he’s always been fantastic in the wet even when he was a junior for us, he did a great job and deserved the pole,” added Horner, of Sainz who scored his first pole position in F1; he got his start through the Red Bull driver programme.