Leclerc: People I’ve known aren’t here because of the sport I love 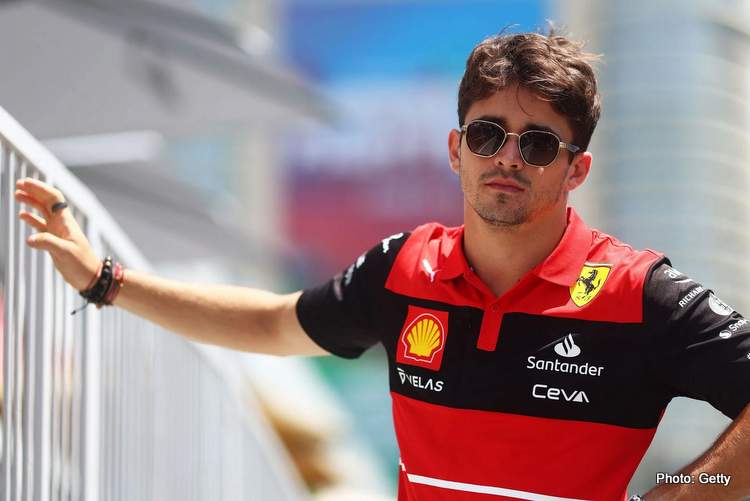 Charles Leclerc admits that it’s difficult that people he knew aren’t around anymore because of motorsport, particularly Formula 1, the sport he loves.

The Ferrari ace suffered considerable loss from motorsports, namely his godfather and mentor Jules Bianchi who lost his life after fighting for nine months serious injuries he sustained after crashing at the 2014 Japanese Grand Prix.

Leclerc also lost his friend, Antoine Hubert, who died after a horrific Formula 2 crash during the weekend of the 2019 Belgian Grand Prix, a race the Monegasque won with Ferrari.

“I don’t think about danger,” Leclerc reflected in an interview with Sports Mail. “I was extremely close to Jules, and Anthoine I had known since we were young.

“It is very, very difficult to see people you have known but aren’t here anymore because of the sport you love most,” he added. “But I don’t think about stopping.

“I have been programmed to do this since I was young. There is nothing else I can do. I am just good at driving,” the 24-year-old insisted.

Another major loss in Leclerc’s life was the death of his father Hervé who died in 2017 after illness, ahead of a Formula 2 race in Baku his son was contesting.

Leclerc won that race despite the tragedy, as he showed his mettle and resolve in extremely difficult times, a trait the racer has shown in his career so far.

Asked how he dealt with the news at the time, he recalled: “I asked myself what my father would have wanted me to do at that moment.

“The answer came up pretty quickly: to race and to win. Both objectives were achieved,” he said.

“I was extremely close to my father,” he went on. “He had basically done everything for me. I went straight to Baku and then came back to do what I needed with my family.”

Being of strong resolve however doesn’t mean the four-time grand prix winner is not emotional, he revealed: “I can be emotional at home but I am a different person in the car.

“It is a character I have built over the years. I can move from one window to another to perform at 100 per cent.

“The only things I felt guilty about putting the passing of my father and a friend out of my mind,” he admitted. “But it was only for a couple of hours.”

Leclerc is currently contesting the 2022 British Grand Prix with Ferrari and is currently third in the Drivers’ Championship, 49 points behind leader Max Verstappen.