Wolff: Hamilton can win Silverstone in a car a few tenths off 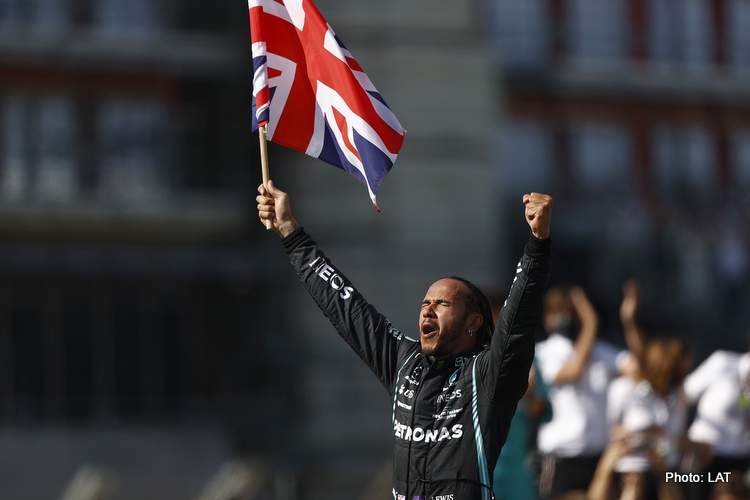 Lewis Hamilton has a real chance of winning his home British Grand Prix at Silverstone for a record-extending ninth time on Sunday and standing on top of the Formula 1 podium for the first time this year, according to Mercedes team boss Toto Wolff.

The seven-time World Champion has gone 10 races in a row without a win, equalling the longest drought of his F1 career.

Once-dominant Mercedes have been beset with a bouncing car while Red Bull and Ferrari are setting the pace in a new rules era.

Mercedes are introducing some major upgrades for Silverstone, however, and Wolff refused to rule out a big result.

“I think if we give him a car that is just a few tenths off the leaders, he will win the race,” Wolff told Reuters at Silverstone.

“He’s the most complete driver ever and everybody has his favourite circuit and with Lewis it was always Silverstone, and Montreal and Hungary as well.

“I guess if you have 150,000 people cheering for you in the grandstands it gives you the home game advantage,” he added.

Can Mercedes close the gap this weekend?

Asked whether Mercedes could give him a car close enough to their rivals, Wolff replied: “I would hope so, that we have something that is closer to the leaders here than we had before.”

Hamilton, the sport’s most successful driver of all time, has 103 wins and poles but so far this season has managed only two third places, including two weeks ago in Canada — the Montreal circuit where he took his first win in 2007.

He and Ferrari great Michael Schumacher are the only drivers to have won the same grand prix eight times and no driver has ever done it nine times.

“We are working towards that first win (of 2022). It would be an incredible result if we got that this weekend,” said Hamilton.

The 37-year-old is 34 points behind team mate George Russell, who will be racing for Mercedes at home for the first time and has finished in the top five at every race this season.

“Lewis deserves a strong result and a victory because he has been particularly unlucky this season and George’s driving was just spectacular,” said Wolff.

“Him (Russell) winning a British Grand Prix would be like Lewis, both would be very exciting,” the Austrian maintained. (Reporting by Alan Baldwin)