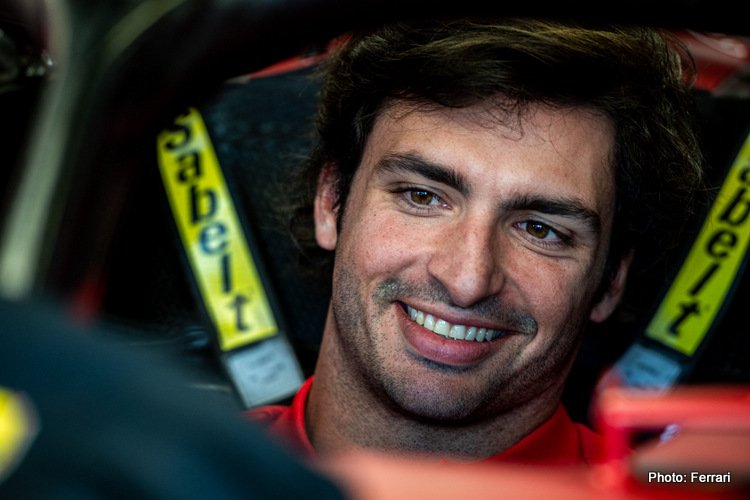 It is very tight at the top after the first practice day for the 2022 British Grand Prix, with Carlos Sainz quickest for Ferrari but believing he can still improve as he hunts his first Formula 1 win.

Sainz will start his 150th Grand Prix on Sunday at Silverstone, a milestone which could be crowned with a victory as the Spaniard has a real winning car under him for the first time in his career.

Ferrari reported that the day “served up a typically English menu when it came to the weather, with a sudden downpour preceding brilliant sunshine, although strong and gusty winds were also a feature, complicating life for the drivers”

Sainz was fastest all day, even in the rain-marred FP1 session which suggests the Spaniard means business at F1’s 73rd Battle of Britain.

Sainz said in the team report: “A busy second session after the lack of running in FP1. We had to put together an intense run plan for FP2 to properly check both the short run and the long-run pace.
It was quite a challenging session.

“The wind made it tricky to get the right balance for the high-speed sections and the correct compromise for tyres in the low-speed ones. Overall we’re quick, but it felt like there is margin to improve.

Qualifying could get interesting due to the weather 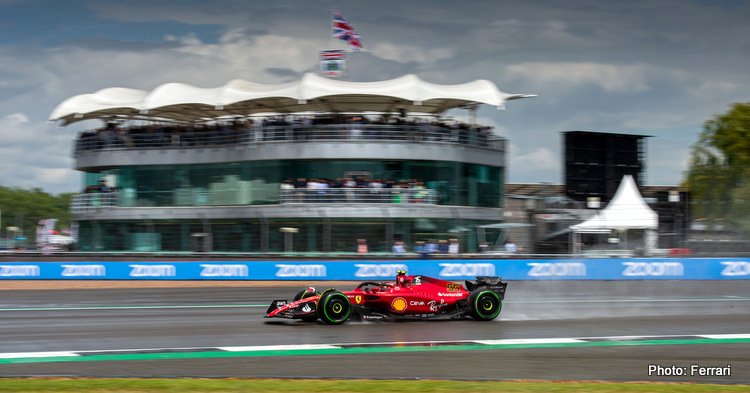 Sainz saw the positives despite the rain: “Those few laps in wet conditions in FP1 were also useful. Let’s see what tomorrow brings,” added Sainz who will be looking to up his qualifying game.

In the sister car, Charles Leclerc was four-tenths down on his teammate with the fifth-best time but unperturbed, suggesting the Monegasque is keeping his powder dry for when it matters, and where he has the edge on Sainz, normally.

Leclerc summed up his two sessions: “We didn’t run much in FP1 today, but we did a few laps in wet conditions to have some data should there be a wet qualifying. Once the rain stopped, we put on a set of Soft tyres but we weren’t able to complete any laps on them due to a red flag.

“FP2 was a bit cleaner and I could tell that our performance felt good in the car. I am confident that we will be competitive and it will be a matter of putting everything together,” added Leclerc.

He led the standings earlier in the season but now finds himself third on 126 points, 49 points behind 2022 F1 championship leader Max Verstappen and three points behind Sergio Perez.

Sainz is fifth on 102 points, 73 behind the lead Red Bull driver.