Leclerc: The next four races will be very important 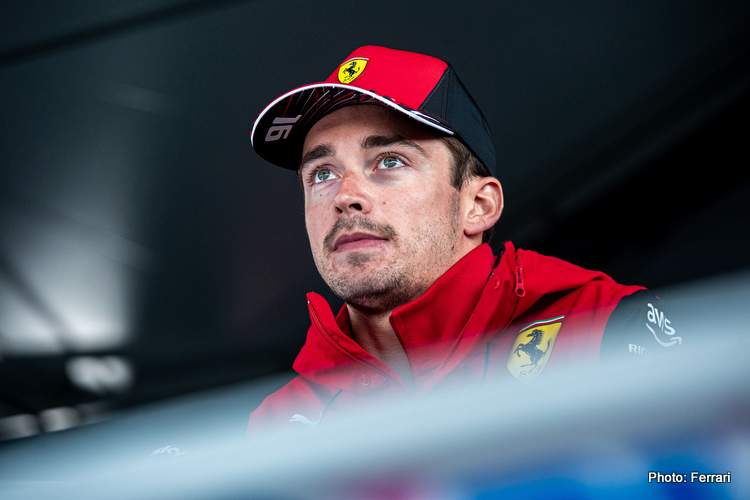 Charles Leclerc believes all is not lost yet in his quest for his maiden Formula 1 Title in 2022, but warns the next four races will be very important if he and Ferrari hope to turn things around.

Leclerc suffered two power unit-caused DNF’s in at the Spanish Grand Prix and the Azerbaijan Grand Prix, while a botched strategy from Ferrari saw him finish his home race in Monaco fourth having started on pole.

In Canada he had to start from 19th on the grid after bolting a new power unit to his F1-75, and slapped with the consequent grid penalty. He finished the race fifth.

Thus, the he is now third in the F1 Drivers Championship 49 points off leader Max Verstappen, something the Monegasque downplayed in recent reports.

More recently and ahead of the 2022 British Grand Prix addressing the situation of his Title charge, Leclerc was quoted by F1’s Official Website saying: ““Obviously we’re not in the best situation with the last few races.

“We are always pushing to the limit, at the end, that’s what we need to do if we want to win this championship,” he added.

“So on that, I’m pretty sure that the team will push 100%, I will push 100% and everybody is extremely motivated to have cleaner races and get the rhythm and get back the points that we’ve lost in the last three races.

“Overall, it’s been a tough time for the team,” Leclerc went on. “But I think the way we have worked since the beginning of the season has been extremely good, so this we don’t have to change.

“But then of course, there have been some reliability problems that we need to fix as quickly as possible, so on that, again, I trust fully the team to get on top of these things as quickly as it can be done.

“It will take time,” the 24-year-old insisted. “But in the meantime, we just need to focus on the job we have to do on track and again, very confident that if we do everything perfect on track, we have the car and we have the people inside the team for us to win races and to win the championship, because ultimately, that’s the goal.”

The Ferrari ace reiterated his belief that there is till hope for him to fight for the Championship despite the series of setbacks he suffered in the previous races.

“In the last four, five races, it became much more difficult,” he admitted. “But that doesn’t mean it’s impossible. I still believe in it as much as I believed five races ago. It’s going to be more difficult, but anything is possible.

“It’s obviously important,” Leclerc said, pointing out that Ferrari should start responding soon. “I think the next four races will be very important, just before the summer break; to go [into the] holidays with four good races would be great.

“Now we need to focus on ourselves. I think the performance is there, and if we’ve got clean weekends, I’m pretty sure the results will follow.

“But again, we just need to focus on ourselves and then the rest will come,” the four-time race winner concluded.