Verstappen: I don’t have any hard feelings 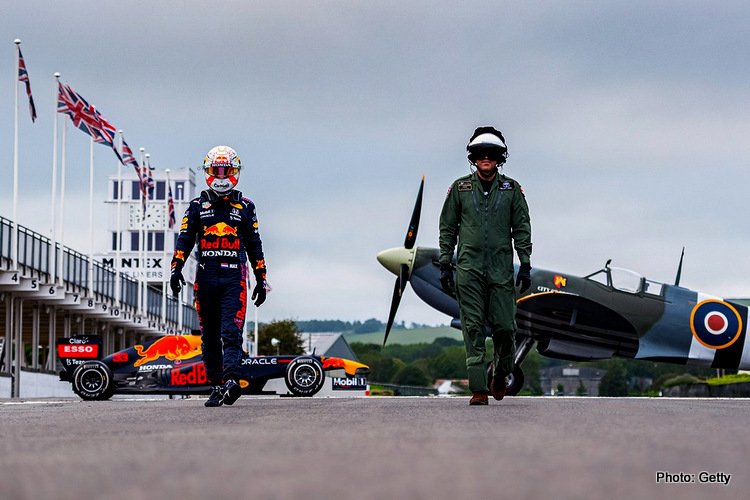 Max Verstappen insists he has no ill feelings after being punted into the wall on lap one of the 2021 British Grand Prix by Lewis Hamilton, the Red Bull driver looking forward to the passionate crowd set to descend on Silverstone this weekend.

Famously Verstappen and Hamilton collided at high speed on the opening lap of last year’s race at the venue. The Red Bull speering the wall at 51G and Hamilton speering to victory, prompting celebrations by most at Silverstone that day, while Max lay at the track hospital.

But that’s water under the bridge as they say, a year later Verstappen is F1 Champion of the World and apparently romping to s second one with a handy 46-points championship lead already, lead as they head to Round 10 in Britain.

While Hamilton is bouncing around in nowhereland, well out of title contention.

Looking back on a year ago, Verstappen said in an interview with the latest edition of GP Racing magazine: “Of course, the crash wasn’t nice, but I love the track. I love going there [with] really good atmosphere with F1, and we’re going really quick around there.

“So I don’t have any hard feelings. And I also think very easily I can put these things aside. Of course, it wasn’t nice what happened, but at the end of the day, you deal with it. It wasn’t a nice impact for me personally, but we go out there again and try to win of course.”

Organisers expect 400,000 fans over the next three days

For the fans there are a bunch of local heroes to shout for, none less than seven-time F1 World Champion Lewis Hamilton and his heir apparent teammate George Russell, and of course McLaren’s young star Lando Norris.

The Orange Army will no doubt paint a stand or two, orange of course, but should be dwarfed by the Union Jacks, with the inevitable boo-brigade out in force (much as it was at Zandvoort towards the British drivers) which is all part and parcel of F1.

Which hardly perturbs Verstappen,  “The good thing is, once we jump in the car with the helmet on, you don’t hear anything. And they love motorsport. I mean, it’s such a big history in England in general, right?”

Verstappen will be hunting his 27th Grand Prix victory on Sunday, the occasion of his 151st F1 start, Currently, he is on a hot streak of two successive wins (Azerbaijan and Canada) so a hat-trick counting towards this year’s title race is also on the cards.