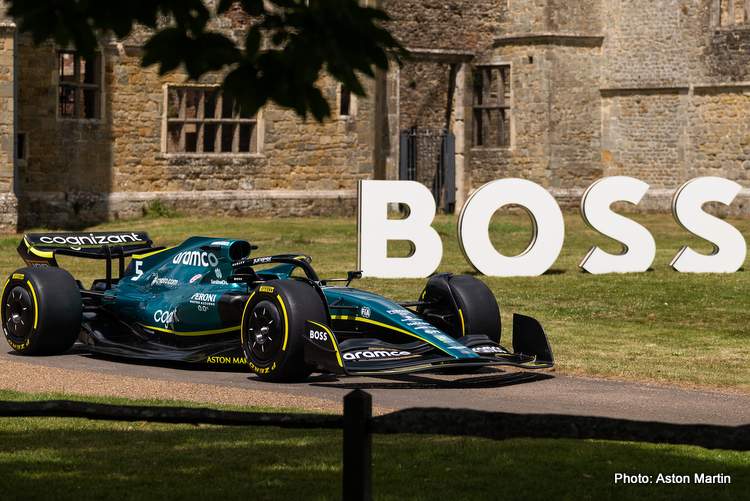 German fashion brand Hugo Boss announced on Thursday it was returning to Formula 1 with the Aston Martin team, five years after leaving for the electric Formula E series.

The deal, announced at the British Grand Prix on Thursday and initially running until 2025, will see Boss branding on the F1 cars with immediate effect and the company providing team apparel from 2023.

A 30-year friendship with Aston Martin’s Canadian billionaire owner Lawrence Stroll, who made his money in the fashion industry before acquiring the sportscar marque made famous by fictional British spy James Bond, also played a part.

“We want to become a 24/7 lifestyle brand,” said Grieder. “When you see what Lawrence does with Aston Martin, it’s a similar story.”

Hugo Boss were with former champions McLaren for decades before moving to Mercedes, the dominant team of the last eight years, in 2015.

In 2017 previous CEO Mark Langer told German weekly magazine Focus that the deal was ending because “Formula E is more innovative and sustainable” and electric racing was more attractive to a younger audience.

Grieder said that had not proved to be the case, admitting: “It didn´t make it. Formula E was never the same as Formula 1. It didn’t become as relevant as it should have become.

“Formula 1 is also back, better than ever. It´s a global sport … and they also have commitments to a more sustainable world and races.”

“I think the sport is even more relevant than ever and the whole world is watching and so many fans are into it and it’s so exciting at the moment.”

Having three races in the United States next year was also attractive: “I think the balance they found now is perfect,” said Griedel.

He said Hugo Boss was now a platform with two brands appealing to different demographics – Boss for millennials between 25 and 40 and Hugo for the more music and art-centred “Gen Z” under-25s.

“I think Aston Martin and Boss is the perfect match here,” he said. (Reporting by Alan Baldwin)

AMF1 is proud to announce a new partnership with global fashion brand BOSS that sees it become the team’s official Fashion Partner from 2023.

Look out for @HUGOBOSS branding on the AMR22 from this weekend at the #BritishGP.#BeYourOwnBOSS