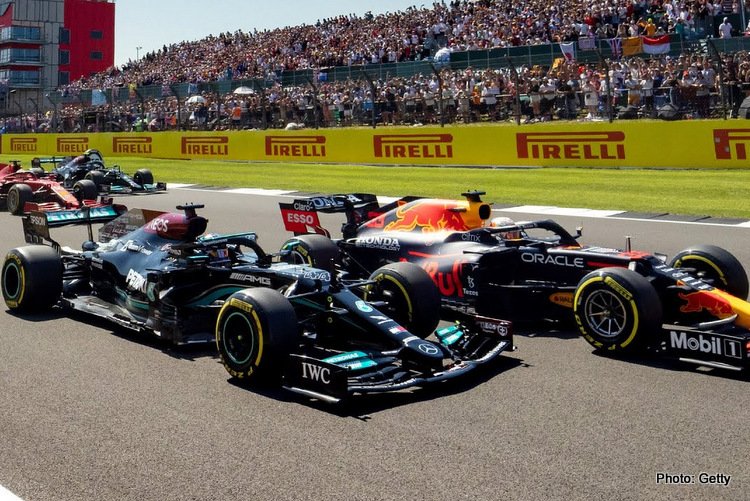 Clearly, the collision between Max Verstappen and Lewis Hamilton on lap one of the 2021 British Grand Prix still hurts the Red Bull camp, with team boss Christian Horner keen to set the wrongs of last year right this weekend at Silverstone.

It was one of the nastiest of collisions, between Hamilton and Verstappen which further ignited a feud that was already smoking hot. Thereafter the gloves were off as Red Bull took great exception to the manner in which Mercedes rubbed salt into the wounds.

As their title challenger at the time, Verstappen, lay in hospital recovering from the 51G impact while Hamilton went on to win and celebrate with Mercedes. The rest is well-documented history.

But the wounds are still there, like Mercedes, Red Bull have their HQ close by, this is the real home race for the team owned by Austrian billionaire Dieter Masechitz.

Speaking to Sky F1, after Verstappen’s victory in Canada, with the focus immediately turned on this weekend’s British Grand Prix, Horner said: “Silverstone is one of the best circuits on the F1 calendar and it’s going to be a record crowd again this year.

“We’re looking forward to seeing everybody there. I’m sure it’s going to be a huge support for the Mercedes drivers but we are going there fired up to put right what happened last year.”

Horner of course referencing the fact that Mercedes have two Britons in their cockpits, Lewis Hamilton and George Russell, representing the Old Guard and the Young Guard of British motorsport at the highest level. It’s a big home race for the duo.

Horner though is focused on Red Bull’s own game: “We’ve just got each race at a time, and we put a great run together. It’s great to be heading to Silverstone leading both championships. Max is in the form of his life, the team is doing a great job.”

Indeed Red Bull from the drivers down to every person on the garage floor has been impeccable; other than force majeure such as engine blow-ups, which are out of their hands, the team have executed well better than their rivals.

Hence Verstappen and teammate Sergio Perez lie first and second in the 2022 Formula 1 World Championship standings after nine rounds; Max is 46 points ahead of Checo and, more importantly 49 ahead of Charles Leclerc, the Ferrari driver the closest challenger the Blues have had this season so far.

Red Bull also top the constructors’ standings at this stage of the 22-round championship.

Meanwhile, stats show that Max has now won more than half of the Grand Prix races since the beginning of the 2021 season. Out of 31 races, the reigning World Champion has stood on the podium 25 times, 16 times as a winner.

In other words, Red Bull and their drivers arrive at Silverstone on form, fired up and seeking ‘justice’ to set right the one-lap fiasco that ended Verstappen’s race in the wall last year.