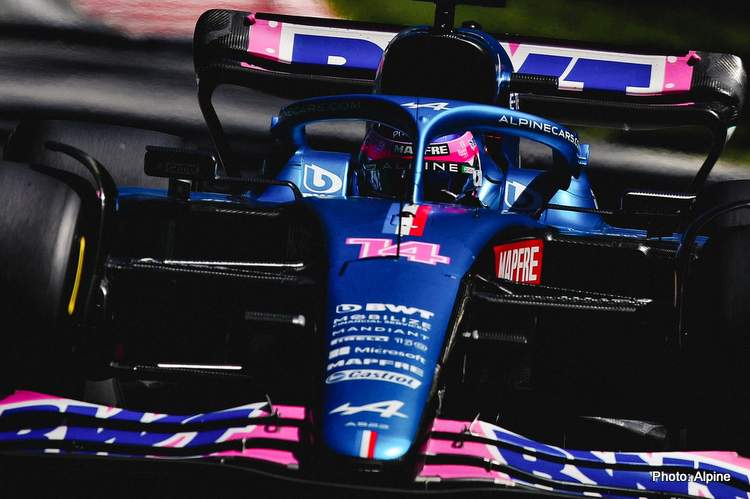 Fernando Alonso will be targeting to show his tenacity as a Formula 1 race at the upcoming British Grand Prix in Silverstone, which he believes is a classic racer’s track.

Alonso won in Silverstone two times before, once in 2006, the year of his second F1 Title triumph with Renault, and the other in 2011, when he was a Ferrari driver.

He heads to the UK this weekend after a bittersweet race in Canada a fortnight ago, where he qualified his Alpine second behind polesitter Max Verstappen, but finished the race ninth after suffering power unit trouble as well as his race strategy that wasn’t in sync with the Virtual Safety Cars/Safety Cars that were deployed, not to mention a post race penalty.

“Silverstone is a classic race on the calendar,” Alonso said previewing the British race. “I’ve had multiple podiums, pole positions and wins.

“It’s a real racer’s track and it often provides good on track action,” he added. “It’s usually unpredictable with the weather as well. Sometimes you get very hot Summer days and then other times it’s heavy rain and the winds can be quite high at the circuit. Whatever the weather, it’ll be a fun weekend I am sure.”

The Spaniard reflected on the bad luck that marred his season so far saying: “It’s been a mixed season so far for me. We seem to be consistently inside the top ten and on some occasions punching a bit higher, especially over one-lap pace.

“However, we’ve run into a lot of bad luck it seems so far in 2022,” he lamented. “We’ve had reliability issues but also very badly timed incidents and Safety Cars.

“There’s more to come and we’ve seen the potential is there. I’m excited to see how we do over the coming races,” the 40-year-old from Oviedo, Spain concluded.

Esteban Ocon tried to recover from an intense double header 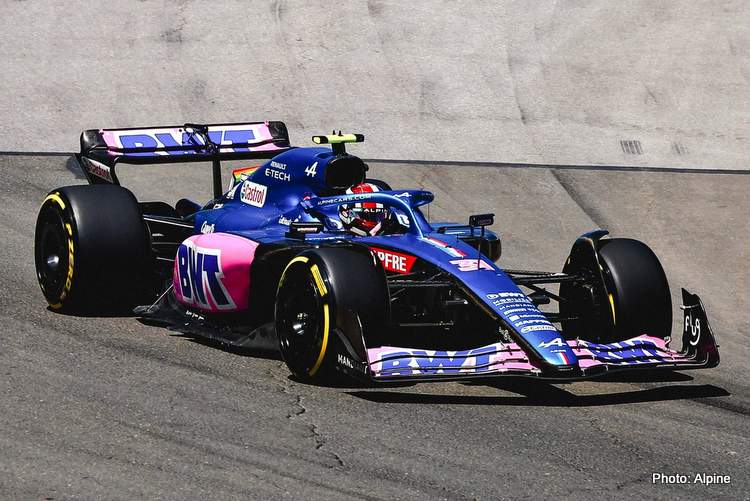 Esteban Ocon, who finished the Canadian Grand Prix sixth, added: “We left Canada with a sense of pride after scoring good points in the race.

“We had the car to score double points and the goal was to swing the momentum in the fight for fourth in the Constructors’ Championship, and we did just that.

“Now we look forward to the next round with the objective of fighting further up the grid,” he went on. “We are bringing some upgrades to Silverstone, so hopefully we can have a good couple of weeks.

“On my side, I’ve used the last week or so to recover from what was an intense double-header, but more importantly prepare for the next races in Silverstone and Austria.

“I was in the factory this week dissecting the last race with the engineers and getting ready in the simulator,” the Frenchman revealed. “I can feel the whole team looking forward to Silverstone, one of our two home races.”

Dry or rain, Alpine can be competitive 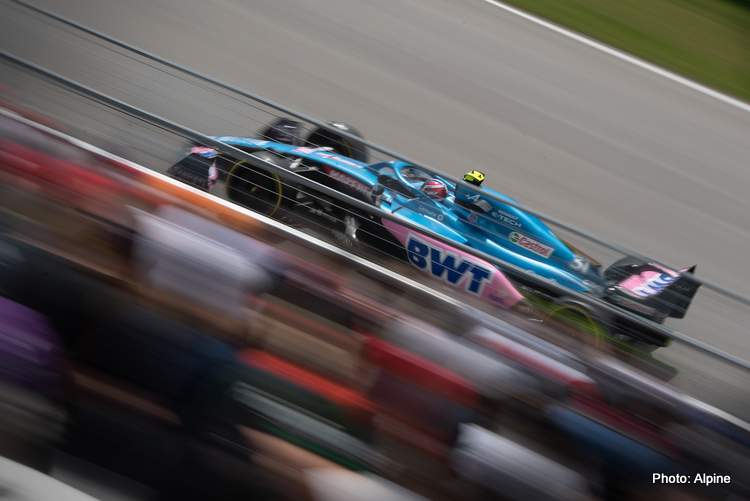 Alpine’s Chief Technical Officer, Pat Fry said: “Silverstone is a fantastic circuit for Formula 1 as the majority of corners – famed ones at that – like Copse, Maggotts and Becketts are taken at high-speed, which is thrilling for drivers and spectators alike.

“In the early races of the season, the A522 performed better in the higher speed corners relative to the lower speed but the developments we have been bringing have helped balance this.

“The main question mark in Silverstone is often the weather but, rain or dry, we have the ability to be competitive,” he added in confidence.

“Everyone at Enstone has been working incredibly hard to produce and deliver a reasonably big upgrade package – including a new floor and top-body – in time for this race.

“It’s been a big effort by the team to have this upgrade prepared, so credit to those involved for maintaining the intense plan of car updates so far this season,” Fry concluded.