Leclerc: Comments made towards Lewis should not be tolerated 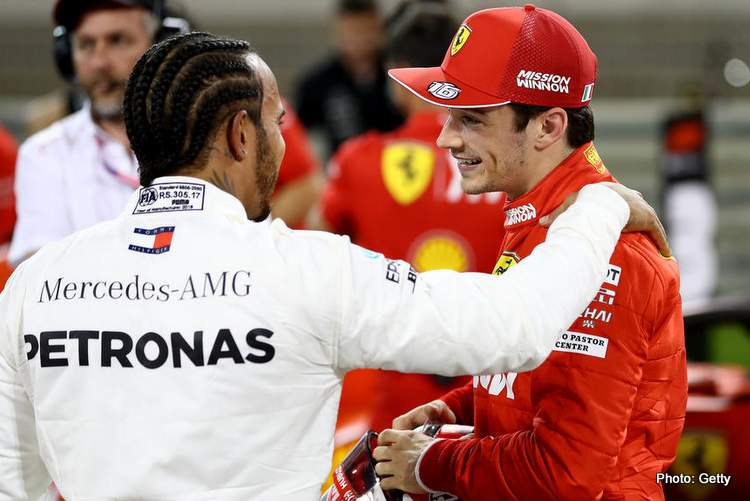 In the wake of Nelson Piquet’s ill-advised trash-talking and sheer disrespect shown to Lewis Hamilton, Charles Leclerc has come out in support of the seven-time Formula 1 World Champion.

Piquet’s words, spoke last year in the context of a look back on the highly contentious 2021 F1 season in which Hamilton and Max Verstappen battled doggedly for the title, have resulted in a backlash that has rocked the sport ahead one of the showcase races of the season

This weekend’s British Grand Prix on Hamilton’s home track Silverstone, where last year he and Verstappen collided and the #33 Red Bull ended in the wall at high-speed, while the #44 Mercedes went on to win the race.

For all of Leclerc’s 98 F1 starts he has been on the grid with Hamilton, the Ferrari driver coming out in support of the Briton: “Knowing Lewis since I arrived in Formula 1, he has always been extremely respectful to me and everyone that he meets.

“Those values should be the standard towards anybody around the world.

“The comments made towards Lewis should not be tolerated, and we should continue to push for a more diverse and inclusive sport. We need to remove discriminatory behaviour and racist language in any form from not just our sport, but our society as well,” added Leclerc.

Hamilton’s Mercedes teammate, George Russell tweeted: “Huge respect to LH. He has done more for the sport than any driver in history, not just on track but off it. The fact that he and so many others are STILL having to deal with this behaviour is unacceptable. We all need to stand together against discrimination of any kind.”

F1’s first Chinese driver Guanyu Zhou was one of the first to fire off a tweet yesterday supporting Hamilton: “Lewis and the motorsport community in standing against any form of racism, discrimination and prejudice.”

Yesterday F1 went official with the following rebuke of Piquet’s comments: “Discriminatory or racist language is unacceptable in any form and has no part in society.

“Lewis is an incredible ambassador for our sport and deserves respect. His tireless efforts to increase diversity and inclusion are a lesson to many and something we are committed to at F1,” the statement concluded.

I join Lewis and the motorsport community in standing against any form of racism, discrimination and prejudice.

Reuters report that Brazil’s former Environmental Minister Carlos Minc called Hamilton a hero and said the driver had helped in the fight against the clearing of a forest to build a circuit in Rio de Janeiro.

Piquet, who won his titles in 1981, 1983 and 1987, has been a vocal supporter of far-right President Jair Bolsonaro and drove the presidential Rolls-Royce during a ceremony last year.

Hamilton was made an honorary citizen of Brazil after the lower house this month passed a bill proposed by congressman Andre Figueiredo.