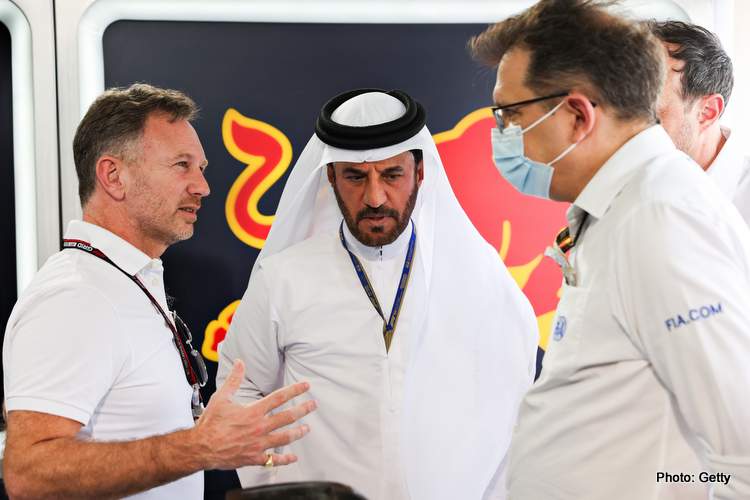 Red Bull Racing boss Christian Horner has been making noise in the media recently about the Formula 1 financial cost cap needing escalation due to inflation, using terms such as Force Majeure.

Horner even suggested the possibility of a Championship being decided in a court of law if the provisional victor had overspent.

Even though my instinctive reaction to reading Horner’s most recent gripes on this matter was that it was just another whinge attempting to sway the FIA’s perspective on the matter and be able to spend more money to maintain some sort of competitive advantage, my naivety about the F1 financial regulations before I started writing this piece forced me to look further into them, but the further I got, the more confused it made me.

Section 8.16 of the current revision of the 2022 F1 Financial Regulations lists examples of what might be considered acceptable mitigating factors to an overspend breach:

8.16 Examples of mitigating factors include:

Inflation is upon us right across the globe and our cost of living has and still is rising, and so are the operating costs of all F1 teams. There is no doubt that it causes hardship for everyone.

Nevertheless, and going to the point of Force Majeure that has been made by Horner, most courts of law will limit Force Majeure to obligations that are judged impossible to perform, and as I understand it, economic difficulty is generally not a sufficient reason for a court to deem it so.

Quite simply, you will be hard pressed to find a court of law in western civilization that will accept inflation as Force Majeure, and there are dozens and dozens of precedents to justify that statement.

What is this equation, and why have I included it?

It is a commercial fixed price escalation mechanism, and quite simply it is the one important thing missing from Section 8.16.

It’s what Horner, and all F1 Team Principles should be asking for, or more to the point should have been asking for when the regulations were in draft form and is a form of indexation escalation for a commercial Fixed Price Contract.

The use of the word ‘Fixed’ in the name of this type of contract can be initially confusing, but the reality is that any Fixed Price Contract that will stand up in court will usually include an escalation mechanism that ties the contract price, in our example the cost cap, to a base date, and in this case it would be January 1, 2022, and published material and labour indices that escalate that price by the mechanism when certain ‘IF’ criteria are met in the calculation.

To me it seems either amateurish or deceitful that the FIA failed to provide an escalation mechanism to a fixed cost cap, but also amateurish that the teams seemingly failed to identify the fact and have it addressed before ever signing on to it.

I would have thought that at least the better funded teams would have access to high quality commercial law resources, and probably even on-staff.

What does all this mean then?

I can only suppose that, in making statements to the media about courts of law and implying inflation as valid Force Majeure, Horner didn’t seek advice from the company barrister because the chances of that holding are very slim.

However, maybe there is legal recourse to the teams by the mere fact that there was seemingly no contractual provision for a conditional and indexed escalation mechanism to what is indeed a fixed price.

Once again, this is only a supposition, and one can only conclude that any legal challenge to the validity of the Financial Regulation Cost Cap based on the lack of provision of an escalation mechanism would be a very protracted process.

At the very least though, if I were a Team Principle, I’d be collaborating with my peers to ensure that the 2023 Financial Regulations do indeed include a conditional and indexed escalation mechanism, because the reality is that inflation is going to stick around for a bit longer yet.