Rosberg: Ferrari have nothing to lose, they need to go for it 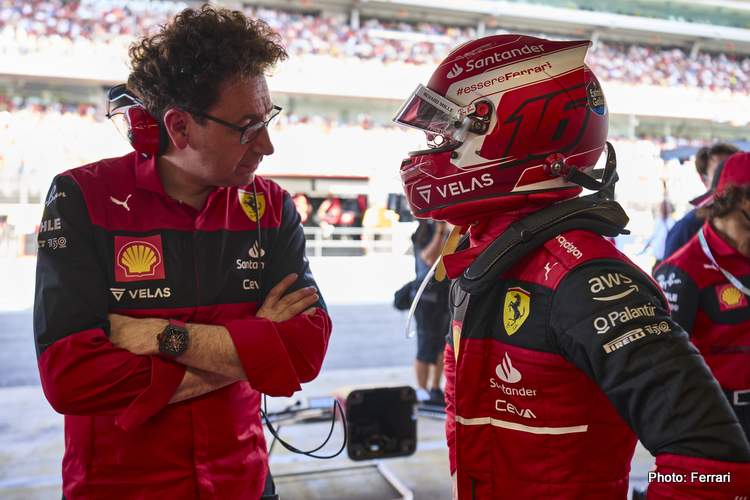 Nico Rosberg, the 2016 Formula 1 World Champion, has urged Ferrari to take risks and go for it, as they have nothing to lose from now on.

Ferrari started the 2022 season with great promise, fielding the fastest car – their F1-75 – and one of the best driver pairings in the form of Charles Leclerc and Carlos Sainz.

Leclerc has put the car his team gave him to good use, sticking it on pole six times in nine races, but the points on the board do not justify the Monegasque’s efforts.

A DNF for the #16 Ferrari in the Spanish Grand Prix, was followed by a botched strategy in Monaco costing Leclerc the win, after which he retired once again from the the Azerbaijan Grand Prix due to a power unit problem.

Three disastrous, consecutive races for Ferrari where Leclerc scored only 12 points despite starting them all from pole, while 75 where there for the taking.

In Canada he scored 10, having finished sixth starting from the back of the grid after taking a new power unit – courtesy of his Baku failure – and suffering the consequent penalty.

A silver lining for Ferrari?

As such, Leclerc is now 49 points behind Max Verstappen in the Drivers’ Standings, and with Carlos Sainz not yet finding his feet this season, Ferrari are in trouble, but Nico Rosberg can see a silver lining.

“It’s kind of nothing to lose anymore,” he told Sky Sports‘ Any Driven Monday. “So just go for it and then see what can be maximised.

“Of course they need to get on top of their reliability issues but the pressure is kind of off a little bit now,” the German added.

“I mean, they were huge favourites after the first couple of races but now they’re so far behind,” the former Mercedes driver went on. “So you have nothing to lose. Go for it. Big push and let’s see what they can do.”

“Maybe it’s not actually such an easy question,” he mused, “but feeling wise I do say Red Bull because recently it’s been the Ferrari not the Red Bull [that is breaking down].

“They’ve kind of got on top of their things,” the winner of 23 grands prix maintained.