Mazepin: IndyCar? I am not interested, I want F1 return 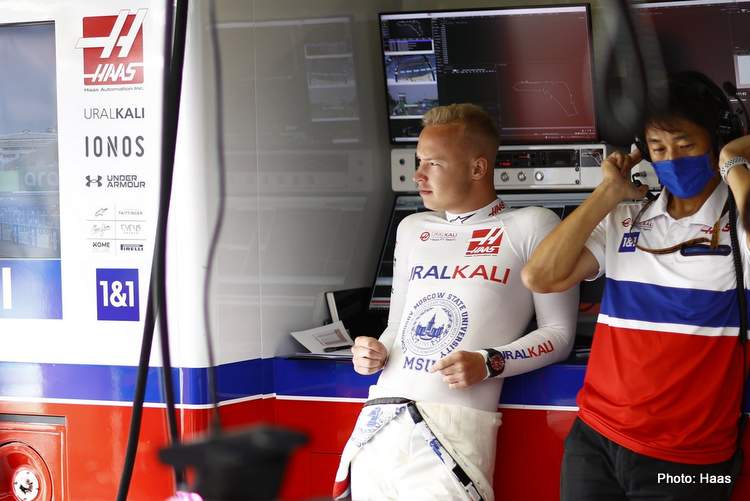 Nikita Mazepin said he is not interested in IndyCar, and still believes he has a chance of getting another drive in Formula 1 after being dropped by Haas at the start of the 2022 season.

Mazepin lost his drive with Haas at the start of the 2022 F1 season as the sport distanced itself from Russia because of the war the country waged in the Ukraine back in February 2022.

The contract F1 had with the promotors of the Russian Grand Prix was cancelled, and Russian drivers were not allowed to run the their county flag during FIA governed events.

Mazepin got his drive after his father – a billionaire member of the Russian oligarchy – paid for it through a sponsorship agreement between the American outfit and Uralkali, the family-owned fertilizer company.

Fair to say the Mazepin’s performances with Haas were not impressive, as he was beaten comprehensively by teammate Mick Schumacher in 2021, the German now being outperformed himself by Kevin Magnussen, Haas’ former driver who was called back to replace the ousted Russian.

Speaking in an interview with Russian newspaper, Sport Express, Mazepin was asked if he was interested in racing anything other than F1 such as IndyCar for example.

“IndyCar? I am not interested,” he responded. “Of course I can’t say what will happen tomorrow, but all my life I have wanted to get into Formula 1. I’ve already got there, but the appetite comes with eating and I have no doubts what I could do in a competitive car.

“I have confidence that in the future it will be possible to return,” he added. “Therefore, I am at the same weight and have kept myself in good physical shape, so if such a challenge arises I will be able to take advantage of it.”

The 23-year old revealed that he is ready to make compromise to adhere with the FIA’s guidelines for Russian drivers to race in F1 if he gets the chance to return.

“I want to note that the FIA allows me under certain conditions,” he pointed out. “Sport should unite and athletes from different countries should be able to compete with the best.

“I have always been guided by the principle that when you put on a helmet, you have no skin colour or belong to any particular state,” the former Haas driver claimed.

Mazepin flashed his billionaire-status, suggesting that the future might see him rejoining F1 as a team owner, but for now remains focused on returning to top flight as a driver.

“Formula 1 is a private business, with the decisions made by the teams themselves,” he said. “In Haas they are taken by Günther Steiner and, if interested, the patron Gene.

“The top teams are worth several billion dollars and I think one day I will join Formula 1 as a businessman , but for now I’m in no hurry,” Mazepin maintained.