Mercedes: We want to get back to winning, for our team, for our fans 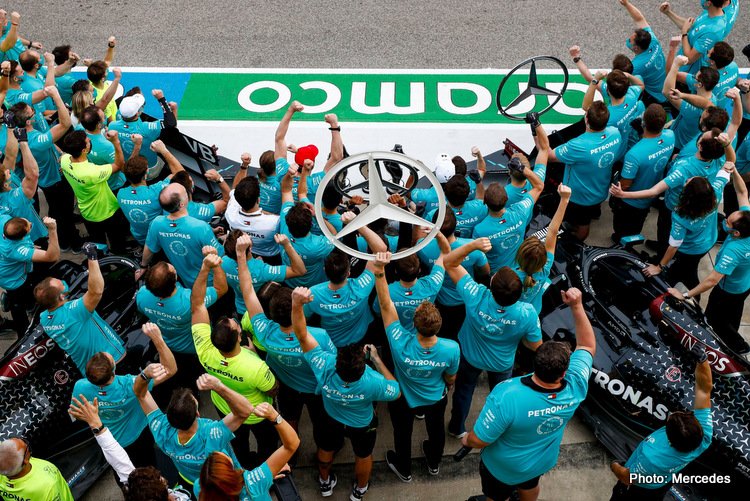 Mercedes head to the 2022 British Grand Prix hoping to salvage their below-par season with upgrades for the W13 they hope will give them a chance at victory.

Whatever the case there is nowhere to hide next weekend as the World Champions seek a return to their winning ways at a venue that has been super-kind to them in the past.

However this year, Mercedes’ struggles are well documented, no longer the relentless winning force they have been for the best part of the last decade, Silverstone may suit their package and of course, their drivers Lewis Hamilton and George Russell will revel racing on home soil.

Hamilton has won the British Grand Prix eight times, seven times with Mercedes and once with McLaren, but it is hard to see him repeating the feat unless his team find that elusive ‘magic button’ to turn their car into a winner.

Speaking ahead of Round 10, next weekend, Mercedes technical director Mike Elliott revealed: “We will be bringing new bits to Silverstone. We will be trying to push the car forward, trying to get some pace from the package we’ve got as well as the new bits we are going to add to it.”

But was quick to warn: “At the same time, though, we have to be honest with ourselves and say at the moment we are just a bit behind those frontrunners in Ferrari and Red Bull. In a normal race it is going to be tough. Silverstone will be a circuit that suits us a little bit better, like Barcelona did, but maybe it will be just a little bit difficult.

Wolff: We should manage our own expectations 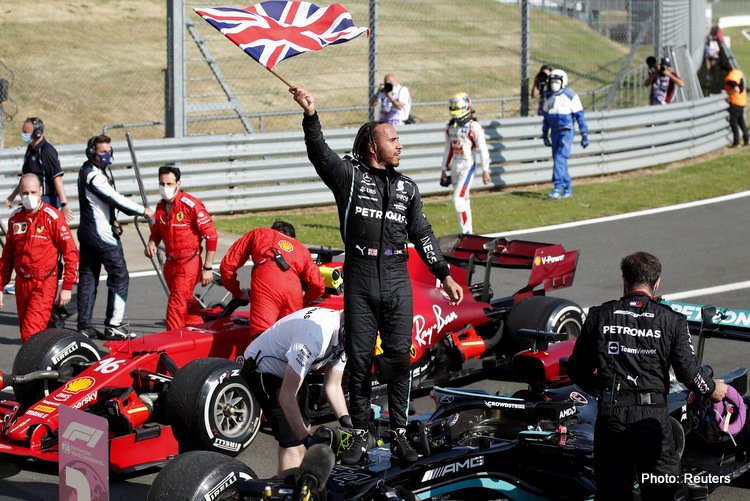 Victory at Silverstone would end a ten-race losing streak for Mercedes, the longest barren patch they have had since 2014. And with the current state of the W13, winning won’t be that easy – at Silverstone or anywhere for that matter.

At the shape end, Red Bull and Max Verstappen are on a potent streak, ditto Sergio Perez while Ferrari has a good car and two capable drivers in Charles Leclerc and Carlos Sainz; beating that quartet will be a hard task for the Silver Arrows.

And team Toto Wolff knows it: “We should manage our own expectations and just really grind away, look at the data and come up with some sensible solutions, not only for Silverstone but going forward as well.

As for the solution, Wolff ventured: “We just need to put more load in the car, more downforce and equally do that with a car that is not as low on the ground as we expected. It’s a clear direction, you can see the cars going higher. And this is where we need to find the performance.”

Reality check for Mercedes is that in 2020 when Hamilton won the F1 title, after Round 9 (on 190 points) he led the standings by 55-points from teammate Valtteri Bottas; Verstappen was 80 points adrift.
Mercedes led Red Bull 190-135 in the constructors.

Last year, Hamilton won a highly contentious British Grand Prix, the Mercedes driver colliding with Verstappen on the opening lap, the 51G impact destroyed the Red Bull and put Max in hospital for several hours, while Lewis went on to blow the roof off Silverstone with victory at the end of a highly charged day. (Additional Reporting by Agnes Carlier.)