Rosenqvist gets McLaren extension for 2023 and beyond 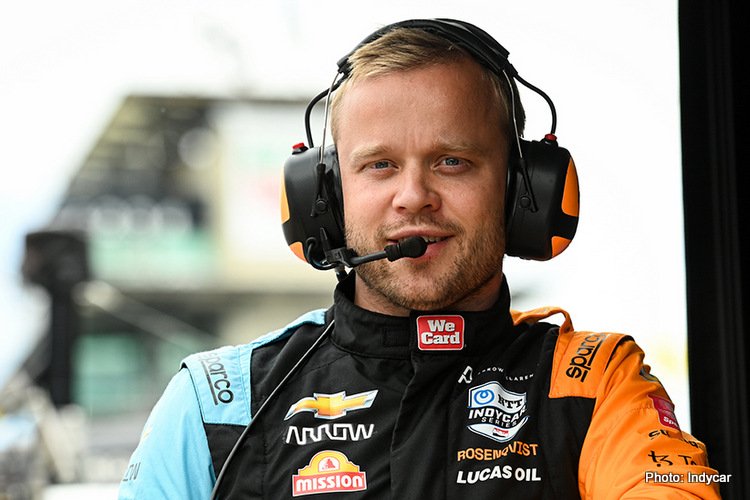 McLaren announced in a statement today that they have signed a multi-year deal extension with Felix Rosenqvist to remain on the team’s driver roster from 2023 and beyond.

Rosenqvist said in email statement: “I’m delighted to be remaining with McLaren for 2023 and beyond. With the team expanding into Formula E next season, it provides additional opportunities for me both in the USA and Europe.

“I look forward to being in a position to announce my plans in the coming weeks. I’ve loved my time with the Arrow McLaren SP Team in IndyCar driving the No. 7 car and we’ve had some great moments together, including securing pole earlier this year in Texas and coming home P4 in the Indy 500.

“I’m excited and grateful to be given this opportunity to explore the new options available to utilise my experience to help McLaren start 2023 on the strongest possible footing,” added the 30-year-old Swede.

The team statement added: “McLaren Racing is currently in the process of evaluating its driver line-ups for 2023 with the newly formed McLaren Formula E Team set to embark on its debut season in the all-electric racing series and plans to expand Arrow McLaren SP into a three-car team with Felix set to be driving in one of the two series.”

The team revealed that they are “in the process of evaluating its driver line-ups for 2023 with the newly formed McLaren Formula E Team set to embark on its debut season in the all-electric racing series and plans to expand Arrow McLaren SP into a three-car team with Felix set to be driving in one of the two series.”

Brown: It was important for us to secure Felix’s talent within the McLaren Racing family

Felix, from Värnamo, Sweden, joined Arrow McLaren SP in the NTT Indycar Series in 2021. Since joining the series in 2019, when he was named Rookie of the Year, Felix has secured three podiums and two pole positions.

Felix recently finished the 106th Running of the Indianapolis 500 in an impressive fourth place, and currently occupies a spot in the top-10 among a competitive drivers’ championship.

Rosenqvist’s racing career also includes a stint in Formula E, having raced in the series for three seasons from 2016 to 2019, winning three races, securing six pole positions and seven podiums.

The full Arrow McLaren SP and McLaren Formula E 2023 driver line-ups will be confirmed in due course.

Also “delighted” is McLaren team boss Zak Brown: “I’m delighted to be continuing our relationship with Felix. He’s a fantastic racer, with a lot of experience in many different types of racing cars. As a proven race winner in both categories.

“It was important for us to secure his talent within the McLaren Racing family as we work to finalise our plans for 2023. His experience in Formula E would be invaluable as we head into this exciting new era of racing for McLaren Racing but he has also made a fantastic contribution to our IndyCar team.

“I look forward to working together with him to finalise the best opportunity for him next season,” concluded Brown.

Currently, Rosenqvist is teamed up full time with Pato O’Ward in the Arrow McLaren setup, while Colton Herta has also been signed by the Woking outfit for F1 testing duties alongside regular drivers Lando Norris and Daniel Ricciardo.