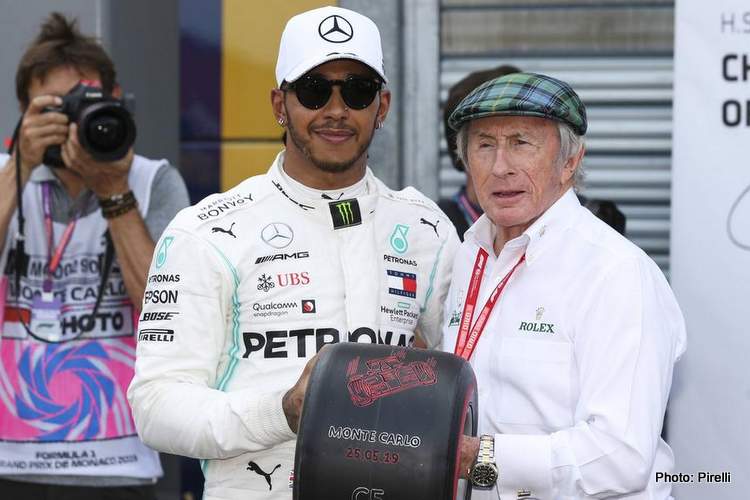 Lewis Hamilton was excepted to be fighting for a record-breaking eighth F1 Title in 2022, having failed to do so last year, but the harsh reality that materialized this season meant that he is suffering to get on top of his latest Silver Arrow, the W13, a slow and viciously bouncing machine.

On the other side of the Mercedes garage, George Russell, in his first season with the World Champions has excelled finishing in the top five in all nine races this season, three times making it to the podium.

Sir Jackie Stewart spoke of Hamilton’s situation this season with the Convex Conversation podcast, and feels the best way forward for the Mercedes ace is walking away from F1.

“It’s time for him to resign,” Stewart said. “He’s got music, he’s got culture, he loves clothing and the rag trade would be absolutely suitable for him.

“Lewis is in that group of the Ayrton Sennas and the Alain Prosts… or even the Jackie Stewarts maybe,” the 83-year-old added.

“It’s a pity he wasn’t resigning at the top but I don’t think that’s going to happen now,” he lamented.

Hamilton struggling because of competitive teammate

Stewart insists that Hamilton has nothing more to prove, and is better off retiring rather than go through the pains of being uncompetitive.

“Nevertheless it’s wiser to stop than go through all the pain of not being able to do what you did before,” he said. “He’s carried the sport well. I’d like to see him resigning now.

“He’s now struggling a little bit because he’s had a new teammate who’s been quicker than him in qualifying so far, which is gonna be difficult for him to handle,” the winner if 27 grands prix maintained.

He currently sits sixth in the 2022 Drivers’ Championship with 77 points.