Ecclestone: Anyone who puts money on Ferrari will get nothing 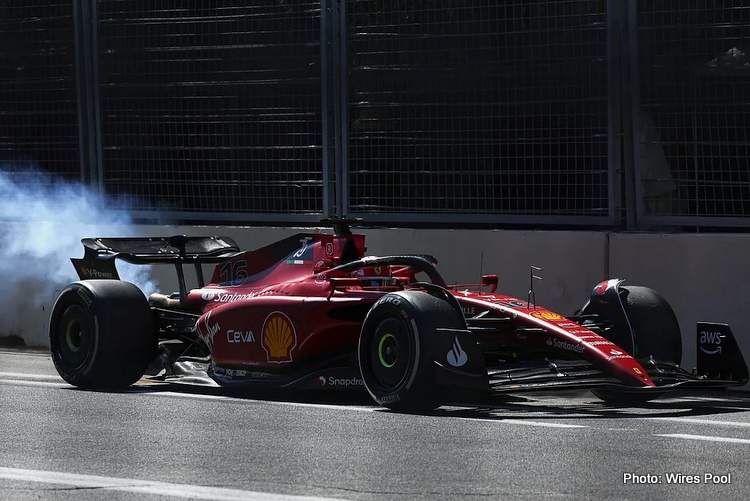 Former Formula 1 supremo Bernie Ecclestone doesn’t see any hope of Title success for Ferrari and Charles Leclerc in 2022, saying anyone who puts money on them gets nothing.

Ferrari showed up to the 2022 F1 season with an impressive car in the form of the F1-75, that was fast out of the box, and in the hands of Charles Leclerc, it blitzed the field towards six pole positions in nine races.

However, the Scuderia has only be able to transform only two of these pole positions in race wins in Bahrain’s season opener, and Melbourne.

An error from Leclerc in Imola saw him finish sixth, while a strategy blunder from Ferrari said their star driver finish fourth in his home race in Monaco.

In Barcelona and Baku, the Monegasque suffered two DNF’s caused by power unit problems on his car, and as such finds himself third in the Drivers’ Standings, 49 points down in Championship leader Max Verstappen, who has bagged six race wins so far.

Errors creeping in at Ferrari

Former F1 boss Bernie Ecclestone expressed his frustration with Ferrari’s 2022 campaign so far, and told Blick: “I hoped with many people that Ferrari would make it again after more than 14 years.

“Unfortunately, I have to say that anyone who continues to put their money on Ferrari or Leclerc will get nothing!” the 91-year-old added.

Ecclestone – who was recently arrested in Brazil for illegally carrying a gun, something he played down – claims that Ferrari have returned to their old erroneous ways this year, much to the frustration of the Tifosi.

“Errors are creeping in again at Ferrari,” he insisted. “The reliability is often reminiscent of the old days and the drivers themselves are not always confident on the road.

“So Max has an easy time in the Red Bull with six wins already,” the man who resided over F1 for four decades maintained.