Villeneuve: I was critical of Hamilton, now I have to compliment him 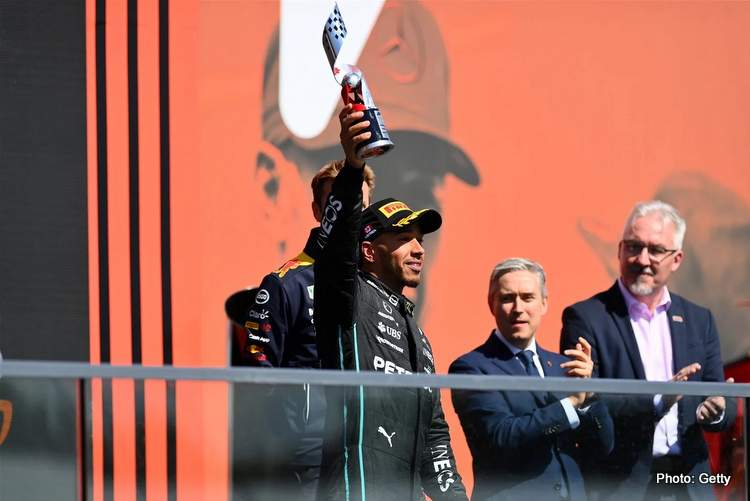 Jacques Villeneuve admitted that being critical of Lewis Hamilton before doesn’t mean he won’t compliment him especially after the Briton’s strong drive in Canada on Sunday.

The seven-time Formula 1 Champion had a strong weekend at the 2022 Canadian Grand Prix, qualifying fourth, and finishing third in the race.

Villeneuve has been critical of Hamilton’s demeanor and form this year, but in Canada he insisted that compliments are in order, as the latter delivered a worthy performance.

“A few weeks ago I was very critical of Lewis Hamilton, so now I have to give him a compliment,” Villeneuve wrote in his formule1.nl column.

“The car was competitive and Lewis put in a very strong drive,” he added. “It’s important for him that he made it to the podium.

“On Saturday he won the qualifying duel after that strange gamble by George Russell. And Hamilton got the maximum out of the race, made the right decisions and also had the speed.

“It’s been a tough season and maybe this is the boost he needed. Maybe his bad moments are behind him now and he’s back in fighting mode,” the Canadian mused.

Max Verstappen won the race in Montreal, surviving a late Safety Car period and a relentless attack from Ferrari’s Carlos Sainz, which, Villeneuve believes, was down to the RB18’s superior top speed, and some errors by Sainz.

“The Red Bull was really very fast on the straights,” he explained. “I got the impression that Sainz didn’t get through the last hairpin well, so he was always just that bit too far behind Verstappen on the long straight.

“For the rest of the lap the Ferrari was strong, maybe stronger. But he didn’t tackle the hairpin well – the most important moment of the lap. He couldn’t get the car rotated well enough,” the 1997 F1 Champion added.

“Verstappen has a big lead now, but he’s not there by a long way yet,” Villeneuve warned. “I keep saying it, the season is still long.

“We know he never weakens, he doesn’t succumb to pressure,” he went on. “Everything always goes right for a champion, see Hamilton in Imola last year for example.

“Verstappen is also still in that momentum from last year. Engine failure or a strategic error, these are always lurking but yesterday it was Pérez who was affected and not Verstappen.

“But it will very probably happen to Verstappen again, it’s almost inevitable,” the 51-year-old maintained.

Villeneuve made a welcome appearance on Saturday, as he interviewed the top three qualifiers and was tasked with presenting pole sitter Verstappen with Pirelli’s pole position trophy.

Our 1997 champ and local legend Jacques Villeneuve was on hand to present the @pirellisport Pole Position Award to @Max33Verstappen 🤝#CanadianGP #F1 pic.twitter.com/Muho5hvkz4