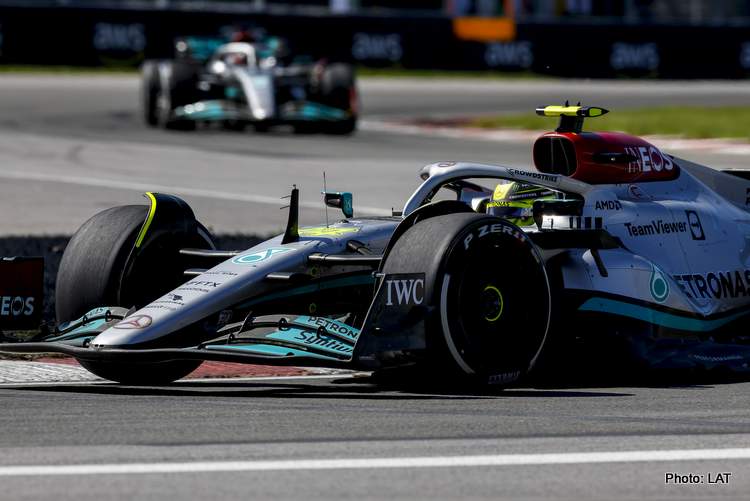 Toto Wolff remains cautious after Mercedes strong result in Canada, worried it might be another false dawn like in Barcelona, saying one swallow doesn’t make a summer.

The Mercedes boss was quite philosophical after his team’s third and fourth place in Montreal – courtesy of Lewis Hamilton and George Russell respectively – as he warned that it may yet be another false dawn after the eight-time Formula 1 Constructors’ Champions thought they have found the silver bullet in Barcelona.

“One swallow doesn’t make a summer,” he told the media after the 2022 Canadian Grand Prix. “We saw that swallow in Barcelona, but somehow it flew somewhere else.

“So I think we need to be careful,” Wolff insisted. “We were off the pace on Friday. In the wet we were good yesterday, I think that was respectable. And I think that today at times we were with the quickest cars.

“In the second stint Lewis and George were almost matching the front runners. They were not quite but on some laps, yes, and that is very encouraging to see.

“But we just need to be careful, there’s so much work we need to do in order to be back at the front, and we are not yet there,” he added.

Porpoising is better, bouncing is the problem

Wolff touched on the “porpoising” caused by the car’s aerodynamics and the bouncing from the stiff suspension, as both phenomena were a somehow subdued on the W13 in Canada.

“What we’re seeing is that the bouncing of the porpoising has been greatly reduced,” he said. “And I think that the drivers kind of got on with it, what we see in the cars is just the stiffness, you look at some of the slow motions from the two leading cars and, and the Alpines you see that they are bouncing off the kerb in a very hard way.

“And this is what the drivers actually complained about, the stiffness of the car. And this is something we need to look at. How we can reduce the impact. And of course, the smoother the track the better. The lower the kerbs, the less we see this phenomenon,” Wolff explained.

The Austrian was happy that Hamilton had lady luck on his side in Montreal and said: “There were a lot of races that that worked against him where he could have scored a podium or a much better result and it was not his wrongdoing but similarly bad luck.

“Seeing him now on the positive side and being on the podium without anything in a way gifted that’s good to see,” he admitted.

Mercedes have an update planned for their car in the upcoming race at Silverstone, and asked of he expected his team to fair well there, Wolff said: “I would hope so.

“Silverstone was good to us in the past and the circuit is smoother than the last three ones but it’s not Barcelona,” he went on.

“So now we should manage our own expectations and just really grind away, look at the data and come up with some sensible solutions, not only for Silverstone but going forward as well,” the Mercedes boss maintained.