Leclerc: It was just a race where I had to be patient 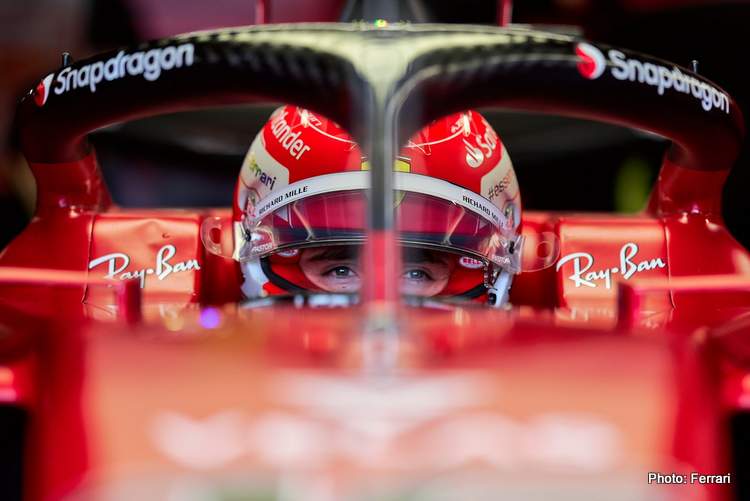 Charles Leclerc finished the 2022 Canadian Grand Prix fifth having started from 19th, and claims he had to be patient as he went through the field.

While Max Verstappen won his second race in a row, Leclerc was fighting to keep his Formula 1 Title hopes alive, as he went through the field on Sunday in Montreal in an attempt to maximize his points haul after starting from 19th due to the grid penalty for taking a new power unit.

The Ferrari ace revealed before the race that his target would be a fourth-place-finish, but fifth was the best he could muster, after being stuck for extended time intervals in DRS trains.

Asked how bad it was not to get fourth, Leclerc said: “It wasn’t too bad. Obviously, unfortunately with the pit stop it put us in a bit of a bad situation because we had cleared the DRS train and we got another DRS train after the slow pitstop, which I had to push on the tyres and that cost me a little bit at the end.

“But overall, yeah, it was just a race where I had to be patient,” he claimed. “At the beginning I was stuck behind a DRS train, in the middle part of the race I was stuck behind Esteban who had much newer tyres and was very good out of Turn 10.

“That was enough for him to keep me behind, and yeah, whenever I had free air I think pace was really good. But yeah, it’s like this,” the Driver of the Day in Canada maintained.

Your @salesforce #F1DriverOfTheDay in Montreal…

It’s @Charles_Leclerc, after a fight from the back of the grid to fifth! #CanadianGP #F1 pic.twitter.com/1q22bkPbwQ

The only worry is reliability

The Monegasque insisted he is not worried about a Mercedes resurgence – the Silver Arrows finished third and fourth in Canada, Lewis Hamilton leading George Russell – but is only concerned about reliability.

“Worried?,” he reacted when asked about Mercedes. “I mean, I think it’s good if they join the fight, I’m not worried. I’m confident our car is strong if we get on top of reliability.

“Today was good, but as I’ve seen also, it’s a problem for everyone, I think reliability. So we just need to focus on ourselves, our performance is strong and I’m sure that whenever we finish races, we’ll be there to fight for wins,” he added.

Leclerc now finds himself in a similar position as that of rival Verstappen at the start of the season, when the latter suffered two DNF’s in Bahrain and Australia.

Asked if he can overcome the deficit, he said: “Yes, again I think reliability seems to be a concern for everyone this season and if we fix our reliability, the performance is there to come back.

“I’m not worried. It’s a big gap but I’m just focusing on the job and I’m confident we can take that back,” the 24-year-old insisted. “So already from Silverstone we will try to get a few points back.

“I really like Silverstone,” he went on. “Hopefully we will be competitive enough to be starting on pole and finally win from pole.”

Quizzed about the “bouncing” expected at Silverstone, Leclerc responded: “I mean for us today it wasn’t too bad, so it can only be better in Silverstone I guess.” (Additional reporting by Agnes Carlier)