Hamilton: P4 has never felt so good to be honest 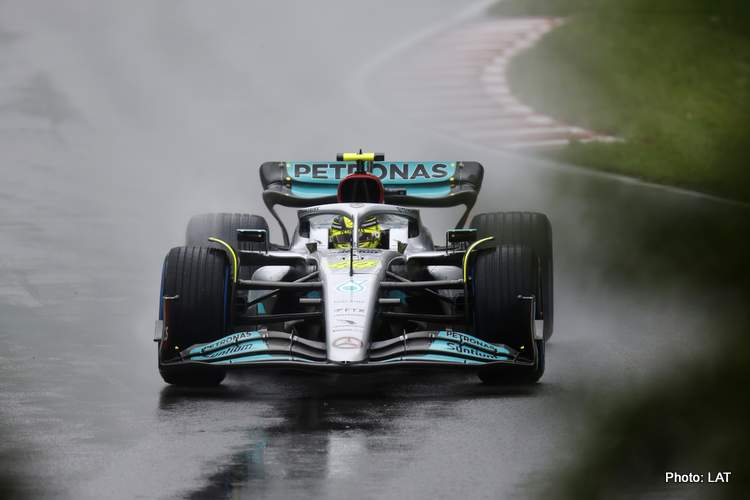 Lewis Hamilton delivered a solid performance in qualifying for the 2022 Canadian Grand Prix, finishing fourth fastest, which never felt so good before.

This statement from the seven-time Formula 1 Champion speaks volumes about his struggles with a woeful car in 2022, not to mention a fast and young teammate in the form of George Russell.

“Honestly, I feel amazing, so happy! P4! P4 has never felt so good to be honest,” Hamilton said in Mercedes’ post qualifying review.

“Maybe when I was like in my first year of racing, my first year here in 2007 when I got my first P4 in quali, it felt great then. I think this kind of feels like that, but particularly because it’s been a really, really difficult year,” he revealed.

“We did a lot of work on the car overnight, we went in two different directions yesterday just to try and get the information. We have slightly different set ups for the race still, but we’re in a great position so hopefully I can try and hold position at least,” Hamilton added.

“With this car you need everything, and more, to come together,” the Briton went on. “You know what, I think this car works… I like to think that I’ve got rhythm and at this track, and particularly in this session you need to have rhythm.

“I feel like this car works on a completely different beat. It doesn’t work on a normal beat and that’s been difficult to get used to,” the 37-year-old mused.

“The rain always opens up opportunity and I love this track, while it’s been a struggle so far this weekend and there’s still a lot of work to do tomorrow, I hope all the team are feeling positive.

“My message to them is: please continue to push. We need you. I need you. We all are working as hard as we can, and I believe in them so much. I hope at some stage we can stop this bouncing and move forwards,” the winner of a record 103 races concluded. 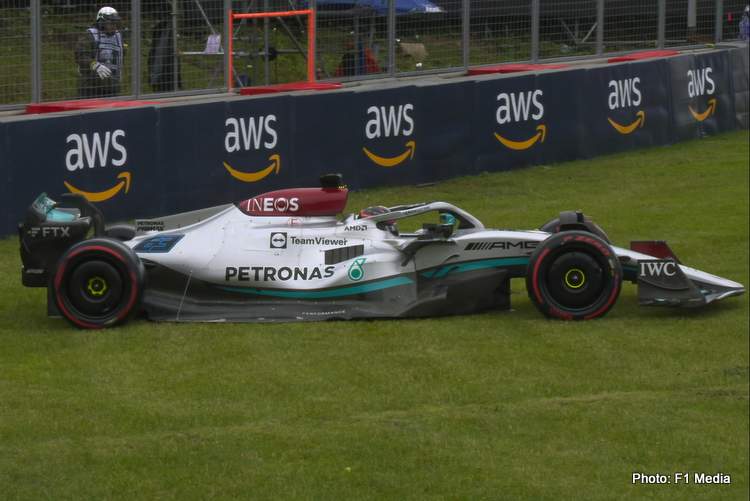 George Russell had to settle for eighth at the end of qualifying, as he spun out at Turn 1, having gambled by going out on set of Soft tyres, which turned out to be the wrong decision, but it was a risk worth taking as it might have yielded pole, as all other cars were still running the Intermediate tyres.

“Today was high risk, high reward – switching to Slicks was our only chance to get pole position today,” Russell claimed.

“It was literally just turn 1, had that been as dry as the other corners we could have been in a really good place,” he lamented.

“We showed some really strong pace today but as I said on the radio, I’m not here to settle for P4/P5, we need to try things and at the end of the day, points are tomorrow and I’m glad we tried something different.

“In Sochi last year, I made a similar gamble and it paid off to get P3 for Williams so I’m always open to making the switch,” Russell recalled, “particularly as we’ve had worse qualifying sessions this year in normal circumstances.

“For tomorrow, we should be able to pass the cars around us, starting P8, and move back up to P4/P5. Obviously, we have Checo and Charles behind us fighting their way back through so I just need to make sure I get up there as soon as possible tomorrow,” the 24-year-old said.

A potential P2 was on the cards for Hamilton 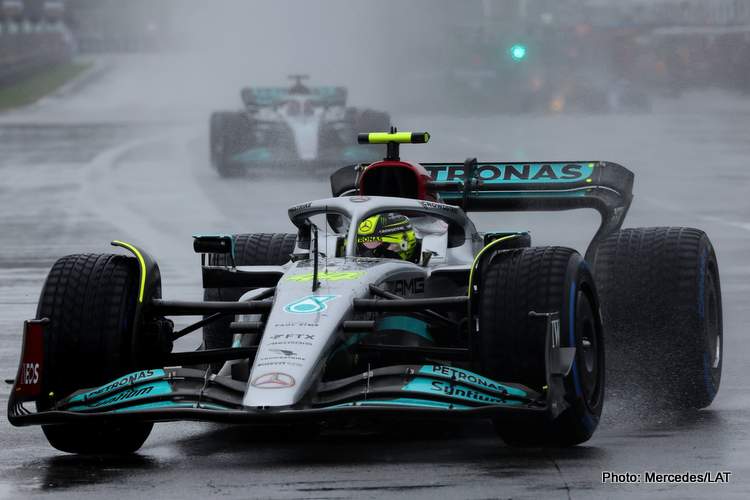 Mercedes team boss revealed Hamilton might have secured P2 in qualifying in Montreal, had it not been for a strategy error from the team that sent him out earlier to set his time.

“We were pretty competitive in the wet conditions today and finishing P4 and P8 is below what we could have achieved,” Wolff said.

“Lewis did a great job in Q3 to take P4 but unfortunately he was out of phase with the other cars and set his time one lap earlier, so he didn’t get the track at its best condition. So potentially it could have been P2 when we look at the relative performance across the field.

“As for George, I loved the call he made today and it was worth rolling the dice,” the Austrian insisted. “This is the moment when we can take risks and I’m up for bold calls like that – it could have been a hero moment but today it didn’t work out.

“Looking to the race, we have a mixed up grid and a forecast of warmer, dry conditions – so there’s going to be plenty of opportunities with the strategy and cars around us out of position,” Wolff concluded.

What a Quali! 🤯 P4 for Lewis and P8 for George on the grid tomorrow 💪 pic.twitter.com/UBnLtSMff8