Alonso: A little bit unexpected to be on the front row 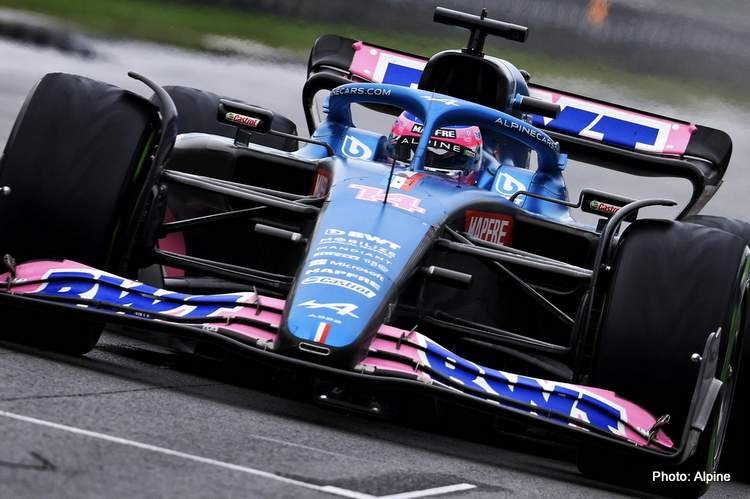 Fernando Alonso was superb in qualifying in Montreal, lining up second on the grid for Sunday’s race alongside Max Verstappen, something the Spaniard admitted was a bit unexpected.

One could argue with the two-time Formula 1 Champion’s claims, as he seemed to be in a good place with his A522, as he topped FP3 ahead of qualifying.

However, having Charles Leclerc out of contention, as well as Sergio Perez who crashed out of qualifying in Q2, has definitely helped the Alpine driver achieve this result, especially as he was 0.645s off Verstappen pace in the end.

“It was impossible to know the grip levels on each lap in those conditions and that made it even more challenging. In the end, I think it’s a little bit unexpected to be on the front row, but it will be very nice to line-up there tomorrow.

“Let’s see if we can fight with Max [Verstappen] into turn one, though, that said, aiming to score strong points will be our main goal,” he added.

The 40-year-old lauded his team for the work they are doing and said: “The team deserves a big congratulations as they have been working flat out on updates and this is an example of this.

“It’ll be a long race in different conditions again, but I’m confident, so let’s see what we can do on the day,” he concluded. 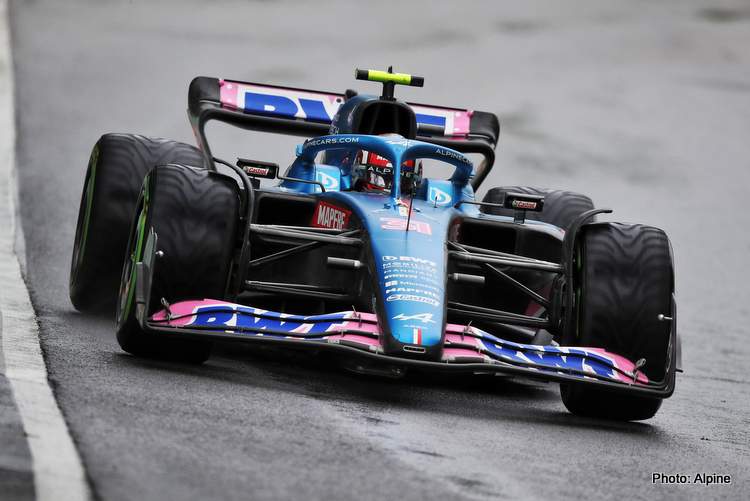 Esteban Ocon, on the other hand, qualified seventh for Alpine, but over 1.5s slower than his rapid teammate. Nevertheless the Enstone-based squad managed to get both cars into Q3.

Ocon congratulated the team and Alonso saying: “First of all, I’m delighted for the team and for Fernando today. He deserves to be starting on the front row after driving very a strong weekend so far.

“On my side, I feel slightly disappointed as more was probably on the table today in those conditions,” the Frenchman admitted. “We weren’t able to extract the performance that we know is there and I’ve felt a little bit off the pace all weekend.

“As always, we’ll continue the hard work with the engineers to find the marginal gains,” he added. “Nevertheless, we have both cars in good positions on the grid for tomorrow and we’re in contention to score strong points for the team, which is most important.” 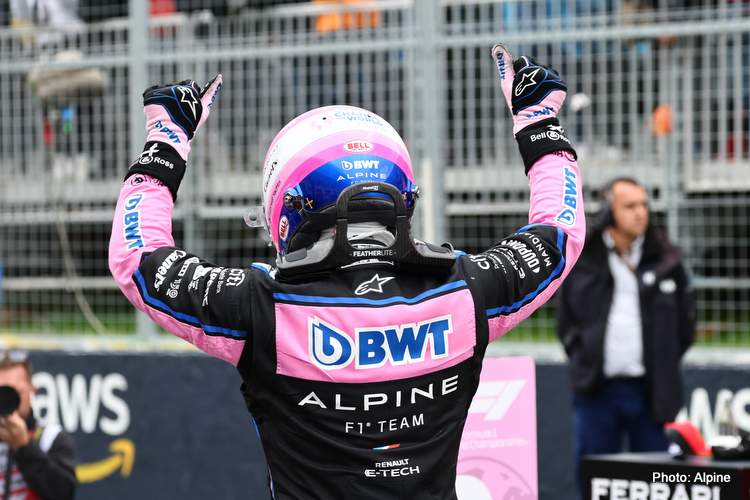 Alpine team principal Otmar Szafnauer hailed a great Saturday performance in Montreal, and said: “We can be very pleased with our Saturday effort today with both cars in the mix to score good points in tomorrow’s race.

“Congratulations to Fernando on securing second place in Qualifying,” he went on. “He’s driven superbly all weekend so far and now he’s fully focused on delivering a solid race to ensure he scores strong points for the team.

“Whenever there is rain in Formula 1, there’s always a chance for some drama, but, equally, that also brings big opportunities. The team and both drivers did a great job in executing a plan for all three qualifying sessions, making sure the cars were on track at the right time with the right tyres on in order to fight for high grid positions.

“Today, we’ve achieved that with Fernando’s front row and Esteban in seventh place. Tomorrow, we must remain focused on the race, plan a sensible strategy and put ourselves in contention to have both cars well inside the points,” the former Aston Martin team boss concluded.

What a lap 😮‍💨 P2 for Fernando! A mega result for the team!#CanadianGP pic.twitter.com/NlhBEnCPoh