Verstappen: If it rains in qualifying, we just deal with it 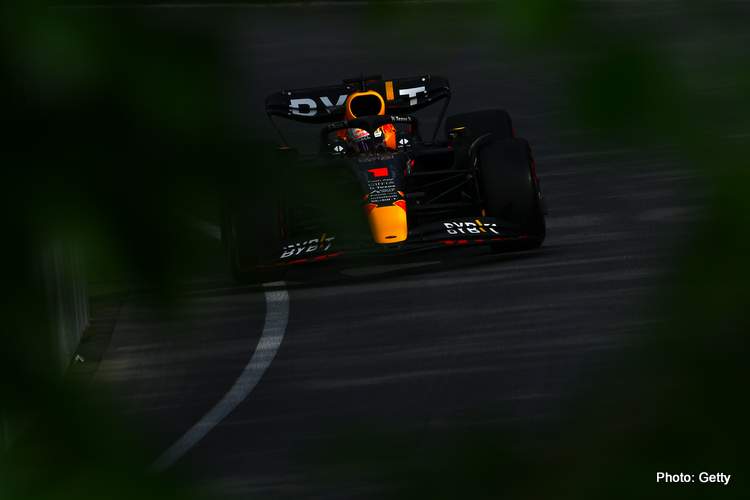 Max Verstappen downplayed the prospect of having a wet qualifying session in Monrtreal, saying they will deal with rain if it comes, after topping the first two practice sessions on Friday.

The Dutchman had a great start for his race weekend in Canada, fastest in both FP1 and FP2, which bodes well for him as he looks to pick up from where he left after his win in Baku last week.

Speaking of his day in the team’s press release, Verstappen said: “It was a positive day, of course there are always things that you can look at to try and find the complete balance, but overall today was a good start to the weekend.

“The softest compound is always the hardest one to nail, so I think there’s definitely more time to find in that, even then we have a competitive car so that’s good,” he added.

“The long run was good, it’s still hard on tyres around here so there’s still a few things to work on. Even with the things I want to improve, it was still a good day.

“If it rains in qualifying, it’s the same for everyone, we just deal with it,” the reigning Formula 1 Champion stated.

“It’s good to see that for Sunday we should have a competitive car so whatever happens tomorrow, we will see,” he concluded.

Verstappen’s teammate Sergio Perez didn’t have as positive a Friday, fourth fastest in the first practice session, and 11th fastest in the second, a stark difference to how he started his Baku and Monaco weekends.

Perez said: “Unfortunately, there is not much we can read into the sessions today, to really work the car out you need to get good pace and then work from there, which I couldn’t do today.

“We had an issue with the set-up on our low fuel runs but luckily we managed to figure it out and the long runs were a bit more representative but still we had a bit of an issue,” he revealed. “Hopefully tomorrow we can sort everything out.

“I am a bit on the back foot but, all being well tonight, we are able to make the right compromises to be competitive tomorrow.

“We will see what the weather does for qualifying tomorrow because it could really shake things up. Max looks strong so that gives me the hope we can make my car competitive when it matters on Saturday,” Perez concluded.

Right before the rain came down 🌦 See you for Quali, Montreal! 👊 #CanadianGP 🇨🇦 pic.twitter.com/J2RhB0vGRm