Horner: Is it right to change everything for that one team? 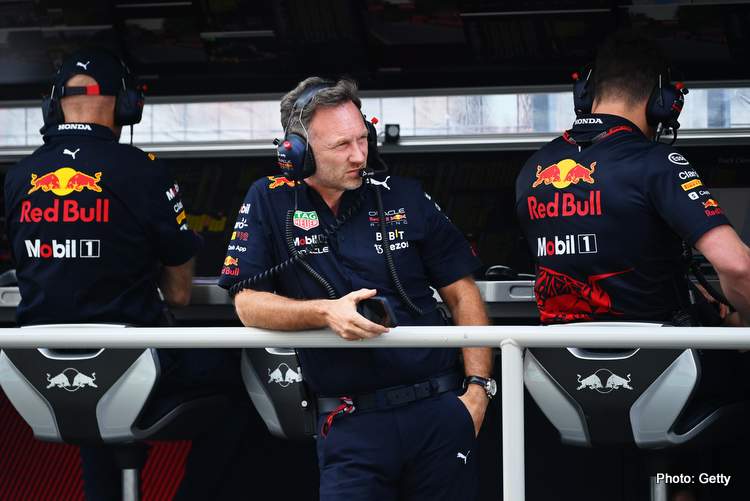 Christian Horner slammed the FIA’s move to reduce “porpoising” with a new technical directive, questioning if it was fair to change everything for one team.

Formula 1‘s governing body should make sure Mercedes have a safer car rather than changing the rules for everyone, Red Bull boss Christian Horner suggested on Friday.

Horner told Reuters at the Canadian Grand Prix that soaring inflation and energy costs were a more pressing problem than ‘porpoising’, the bouncing phenomenon suffered in its most extreme by Mercedes.

He said an FIA technical directive sent to the teams on Thursday and setting out measures to be taken on safety grounds would be hard to police, and questioned why it was even necessary.

“It seems very unfair at this point of the year when there’s only really one team that’s missed the target,” said Horner in a clear reference to the struggling champions.

“Is it right to change everything for that one team or should the one team change to get itself more in line?,” he asked.

“Personally I would put the emphasis on the team to get itself together,” Horner suggested.

Mercedes’ seven-time World Champion Lewis Hamilton told reporters after last weekend’s Azerbaijan Grand Prix that it had been his toughest race and he had got through it with gritted teeth.

Horner, whose team have won six of eight races and are leading both Championships, suggested then that some might be over-playing the problems to secure a favourable rule change on safety grounds.

“I’d tell them to bitch as much as they could and make as big an issue out of it as they possibly could,” he had said when asked what he would tell his drivers if they suffered from similar bouncing.

Horner said that if the FIA wanted to intervene on safety grounds it could always disqualify a dangerous car by having a black flag waved.

The FIA should have a collaborative approach

Horner added that more consultation between teams and the FIA was needed and “a bit more of a collaborative approach”.

“I don’t know who dictates what your rear ride height is, for example,” he said of the directive. “Or what level of porpoising is acceptable and what isn’t … if the wind changes, it has an effect. How do you police it?

“We’re not saying it’s the wrong thing to do, we’re just saying that perhaps it needs a little more discussion before implementation,” the Briton explained.

Horner has been vocal about raising the budget cap above the current $140 million to counter the effects of inflation, with energy costs soaring. He warned as many as seven of the 10 teams risked breaching spending limits.

The Bank of England has warned that the country’s rate of inflation will exceed 11% later in the year.

“You see interest rates going up and you see inflation increasing. That is by far the biggest issue that needs to be addressed imminently, I would say,” added Horner.

“I think we’ve genuinely got a force majeure situation. Hopefully something will be done in the next week or two.

“The cap needs to retain its credibility, but we’ve got an extraordinary set of circumstances this year,” he maintained (Reporting by Alan Baldwin)