Russell: Promising that FIA have taken action straight away 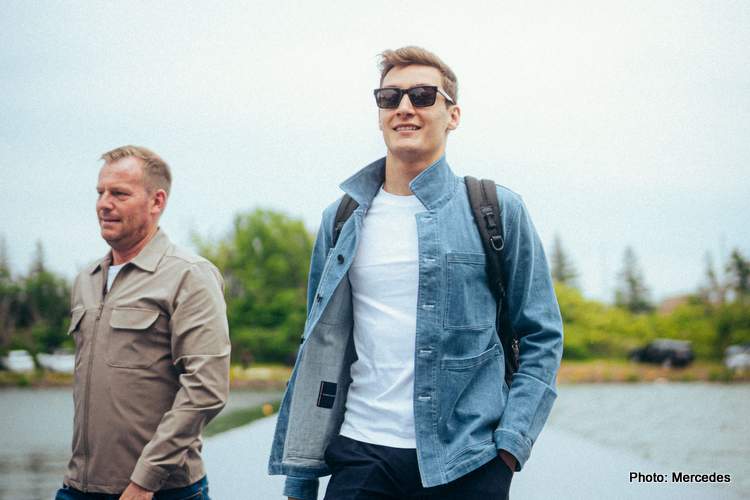 George Russell has praised Formula 1‘s governing body the FIA, after the Technical Directive they issued with the aim of reducing “porpoising”.

The Mercedes driver was vocal about the risks of “porpoising” – which his team suffers from the most – claiming that it poses a safety hazard for the drivers.

Footage of Lewis Hamilton struggling to climb out of his Mercedes after the Azerbaijan Grand Prix last week are still fresh in mind, as some other drivers joined the drive to look into the bouncing phenomenon.

The FIA however, have been quick in reacting, and announced they will be issuing a Technical Directive to reduce or eradicate the bouncing, something GrandPrix247’s technical guru Mark Kay explained in his latest Tech Draft.

Russell praised the FIA decision, speaking to Sky Sports F1, and said: “I think it’s promising to see that they’ve taken action on this straight away and it’s not taken them weeks and months and political decisions to change something like this.

“When it comes to safety, things need to be resolved as soon as possible, so I’m not surprised to see it come in so quickly but I think it’s good for everyone,” he added.

The 24-year-old moved to rubbish claims that he and his team are pushing this topic because they are struggling in particular with it.

“I think this is something that everybody thinks Mercedes is sort of pushing for,” he pointed out. “But from a pure performance side of things, we don’t really want change because if there’s change, you never know if it’s going in your favour or against you.

“I think it’s something that we as drivers have spoken about globally, that we want change moving forward because what we went through last weekend just wasn’t sustainable.

“It doesn’t matter what boat you’re in, you’re either porpoising and you’re hitting the ground, or you have no porpoising so you’re running the car really close to the ground and you’re bottoming, so either way you look at it, it’s not great,” he insisted.

AlphaTauri driver, Pierre Gasly, spoke of the FIA’s decision with the media in Montreal on Thursday, and said: “I must say I am happy that they take it seriously, and that they try to take some measures as fast as possible.

“At the end it’s a real concern for all of us drivers, at the end of the day we are the ones in the car having to deal with all these impacts, pain, and stiffness that it creates in our back.

“I am just happy they understood the message, and reacted quickly with some actions,” he admitted.

Gasly believes everyone is suffering, and elaborated on his own situation saying: “I know how many hours of workout I put in the gym, and I have never had that feeling that I had in Baku.

“I had two sessions of physio every day morning, night, Friday, Saturday, Sunday [in Baku]. I flew back, and Monday morning I had another physio session just to put me back in place because my back was hurting.

“Even now I am still feeling tired,” he revealed, adding: ” For now, it’s the new normality, but moving forward, clearly we should find solutions.” (Additional reporting by Agnes Carlier)